Trending
You are at:Home»Aviation»Überraschung: Ryanair to base 2 aircraft in Frankfurt, an airport they said they would NEVER fly 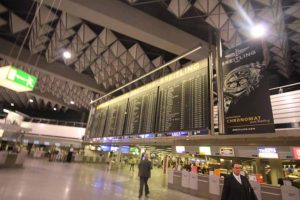 Ryanair are to base two aircraft in Frankfurt, an airport to which Michael O’Leary repeatedly said he would never fly.

The Swords-based airline will operte four new routes to Alicante, Faro, Malaga and Palma. Ryanair says it will deliver over 400,000 passengers to the airport, the 12th busiest airport in the world by passenger numbers with 61m passengers annually. Ryanair will continue to fly to Frankfurt Hahn.

Ryanair becomes the first low fares airline to open a base at Frankfurt am Main, which is Germany’s biggest airport and the main home of Lufthansa. A written statement by the airline said Ryanair will be working closely with Frankfurt am Main to open new routes and deliver low fare traffic growth as part of Ryanair’s continuing rapid growth in the German market. 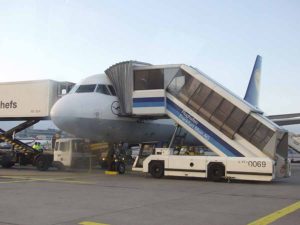 Ryanair’s Chief Commercial Officer, David O’Brien said: “we are pleased to launch a new base at Frankfurt am Main airport from the end of March, our 9th German base and 85th in Europe, with 4 new routes to Alicante, Faro, Malaga and Palma, which will deliver 400,000 customers p.a. at Frankfurt am Main Airport, as we add another primary airport to our German network. Our two based aircraft represent an investment of $200m, which further underlines our commitment to growing traffic, tourism and jobs in the Hessen region. We look forward to working closely with Fraport to deliver industry leading efficiencies and further growth at Germany’s biggest airport.” 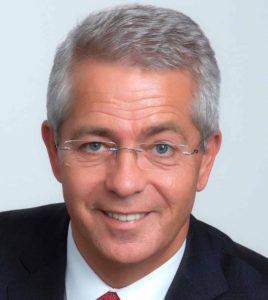 Fraport Chief Executive Officer, Stefan Schulte said: “we will be offering passengers in our region another attractive travel option – using the modern Boeing 737-800 aircraft. Thus, we are responding to the strong and growing demand in our region for this aviation segment. Ryanair’s decision to come to Frankfurt underscores the increasing importance of Frankfurt for low-cost traffic. We wish Ryanair “Always Happy Landings” here at Frankfurt.