Trending
You are at:Home»Aviation»Under-siege Bombardier to cut 490 jobs in Belfast as it tries to make CRJ profitable 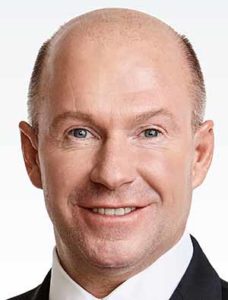 Bombardier announced it is cutting its Irish workforce by 490 jobs in Belfast in a move to cut costs and improve efficiency as it tries to return the CRJ to profitability.

It said the move was to help ensure its long-term competitiveness. The move is part of a previously announced overhaul that includes the sale of non-core assets and strategic actions to streamline the company and drive productivity

Concurrently with the sale, Bombardier and CAE entered into an agreement to extend their Authorised Training Provider relationship whereby CAE will prepay all royalties under the agreement. Combined, the total value of both transactions is $800m, including $645m for the sale of the training activities.  Bombardier expects that these and other actions will result in a reduction of approximately 5,000 positions across the organisation over the next 12 to 18 months,

The move and a drastic cut to Bombardier’s cash-flow forecast sparked Canada’s biggest sell-off in shares and bonds and undermined confidence in Bellemare’s five-year turnaround plan, which is more than halfway done and supposed to be entering a “deleveraging phase.”

Bombardier announced that Michael Ryan, who was previously Vice President and General Manager of Bombardier’s Belfast Aerostructures facility, will assume the role of Chief Operating Officer for Bombardier Aerostructures and Engineering Services.

In a statement, Bombardier Northern Ireland said: “Following the global workforce adjustments announced by Bombardier Inc on 8 November 2018, we have reviewed our manpower requirements in Belfast and regret to confirm that we must reduce our workforce across the company by 490 employees. We acknowledge the impact this will have on our workforce and their families and we continue to explore opportunities to help mitigate the number of compulsory redundancies. However, we need to continue to cut costs and improve the efficiency of our operations to help ensure our long-term competitiveness.”

Following the closing of the Airbus partnership on the CSeries aircraft program earlier this year, and the agreement to sell the Q400 program announced on 07Nov18, Bombardier says its full attention is turning to the CRJ program. Its focus is on reducing cost and increasing volumes while optimising the aftermarket for the approximately 1,500 CRJs in service around the world today.  As it looks to return the CRJ to profitability, it will also explore strategic options for the programme, prompting speculation on another sale.

Longview Aviation Capital Corp, parent company to Viking Air Ltd, announced it has agreed to acquire, through an affiliate, the entire Dash 8 program including the 100, 200 and 300 series and the in-production Q400 program from Bombardier Inc. Also included as part of the transaction are rights to the de Havilland name and trademark in an all-Canadian transaction.  Once completed, Longview will become North America’s largest commercial turbo-prop aircraft manufacturer. [? Beechcraft?]

“The Dash 8 turbo-prop is the perfect complement to our [Viking’s] existing portfolio of specialised aircraft including the Twin Otter and the Canadair CL 215 and 415 series of water bombers,” said David Curtis, CEO of Longview Aviation Capital Corp. “We see enormous value in the de Havilland Dash 8 program, with these aircraft in demand and in use all around the world.”

As part of the agreement, Longview will receive all assets and intellectual property and Type Certificates associated with the Dash 8 program. Upon the closing of the transaction, Longview will also assume responsibility for the worldwide product support business – covering more than 1,000 aircraft either currently in service or slated for production.

Longview will continue to independently operate the program at the original de Havilland manufacturing site located at Downsview, Ontario, upon closing of the transaction.  The transaction is subject to typical closing conditions and the receipt of regulatory approvals. The sale and transaction are expected to close by the second half of 2019.

Bombardier has been away from commercial planes and placing its future emphasis on private jets and trains.