Trending
You are at:Home»Travelextras»Vienna overtakes Melbourne as world's most livable city, Dublin up two places to 41st 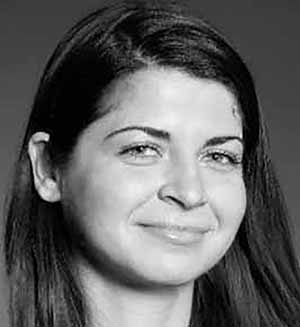 Vienna was ranked as the most livable city in the world for the first time, by the Economist Intelligence Unit global survey.
The survey, which measures “challenges to lifestyle across 140 cities around the world,” ranked Vienna the highest with a rating of 99.1. It marks the first time the Austrian capital has topped the list, displacing Melbourne, which topped the list for the last seven years. Copenhagen is the only other European City to make the top ten.
Dublin ranked 41st, scoring 90.7. Last year, it was 43rd (joint with Milan), and scored 89.5. It has risen five places since finishing 46th in 2004.
The survey by the EIU, part of London based news magazine The Economist, rates 140 cities worldwide based on 30 qualitative and quantitative criteria, which fall into five general categories: Stability, health care, culture and environment, education, and infrastructure.
Vienna scored a “near-ideal” 99.1, beating Melbourne into second place on 98.4. Japan’s Osaka took third place.
Australia and Canada dominated the top ten, each boasting three cities. Australia had Melbourne, Sydney (fifth) and Adelaide (10th) while Canada had Calgary (fourth), Vancouver (sixth) and Toronto (joint seventh).
Manchester (35th), Paris (19th), and Copenhagen (ninth) experienced the biggest rise in the rankings among European cities, jumping 16, 13 and 12 places respectively. The survey attributed the rise of Manchester and Paris to resilience after militant attacks, though the stability scores for both cities are among the lowest in Western Europe.
Melbourne had been ranked by the EIU as the world’s most liveable city for seven years in a row, from 2011 to 2017. Between 2004 and 2010, Vancouver, Canada, was ranked the EIU’s most liveable city, with Melbourne sharing first place in the inaugural 2002 report. Vienna has been in second place for the past two years.
Author of the survey Roxana Slavcheva (pictured) said “changes in livability elsewhere can therefore have a significant impact on the rankings of individual cities. Although nationalism continues to be on the rise, cities in Europe have seen levels of unrest generally stabilise as social conflict arising from the migration crisis, Brexit or the Catalonian independence referendum have subsided.”
“What is more, over the past year, there have been notable improvements in security in several western European cities resulting in no city in the region registering a fall in livability this year.”
Five German cities were ranked in the top 30., Frankfurt, Hamburg, Berlin, Munich and Düsseldorf.
The five worst cities to live in were Damascus at the bottom of the table followed by Dhaka, Lagos, Karachi and Port Moresby in Papua New Guinea. Abidjan, Hanoi, Belgrade and Tehran saw the largest improvements in liveability over the last five years – more than five percentage points. Ukraine’s Kiev saw the largest drop in its liveability over the last five years (-12.6pc). Puerto Rico’s San Juan – which was devastated by a hurricane last year – as well as Damascus and Caracas also saw steep drops.
Vienna also topped the livability survey compiled by American global human resources and related financial services consulting firm Mercer annually releases its Mercer Quality of Living Survey, comparing 221 cities based on 39 criteria.
Munich topped lifestyle magazine Monocle’s annual list of 25 most liveable cities based on safety/crime, international connectivity, climate/sunshine, quality of architecture, public transport, tolerance, environmental issues and access to nature, urban design, business conditions, pro-active policy developments and medical care. Monocole’s list is known for being Euro-centric and the Mercer lists concentrate son North American cities.