Trending
You are at:Home»Travelextras»VLM, Antwerp based veteran of Cork and Waterford services, ceases flying (again) 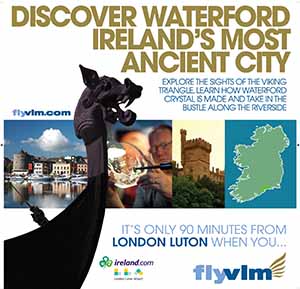 Antwerp based VLM has ceased flying for the second time. The airline formerly flew from Cork to Jersey and was the last airline to operate to Waterford in mid-2016, operating services to Birmingham Int’l and London Luton. On Friday August 31 SHS Aviation B.V., the parent company of VLM, decided to halt all operations.

VLM has 2 ex-Thomas Cook A320s which are on the ground at Brussels Airport most of the time, and around 40 employees, also ex-Thomas Cook, and they will switch to the new investor. The Dutch investor will keep focusing on charter and ad-hoc flights, like VLM, but is also planning long-haul flights between Europe and Asia with A330s. 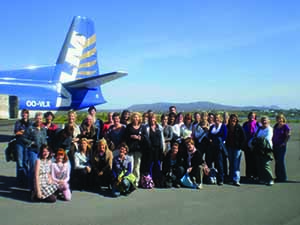 The holding company SHS Aviation will now consist of two parts: VLM Airlines Antwerp with Fokker 50 operations, and VLM Airlines Slovenia. VLM Airlines was granted its Belgian AOC to operate Airbus A320 and Fokker 50 aircraft only in Nov 17.

SHS Aviation BV is a Dutch holding company, 60pc in Dutch and 40pc in Chinese hands. According to a spokesperson, there are no links between SHS and the new owner of the Brussels VLM activities.

The last plan was to connect Ostend, Zaventem and Liege to “several Chinese secondary cities” within 12 months, utilizing A330s.  A Dutch investment group was to take over all VLM Airlines activities at Brussels Airport. 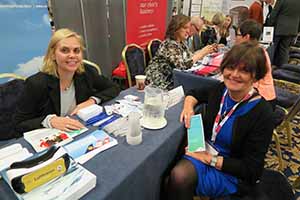 Helen Fyfe of Lufthansa and Lynn McGrath of VLM at the Irish Travel Industry Trade Show at the D4 hotel, April 7 2016

The news appeared in newspaper De Tijd. In the afternoon forum member Avnu already wrote in the Aviation24.be forum: “It is rumoured that VLM Antwerp will stop all activities as of tonight. More news after the arrival of the last flight of the day (VO148 from ZRH at 21:45).” At the start of August, VLM announced to maintain only two routes from Antwerp Airport: London City and Zurich, next to the scheduled flights the airline planned to operate ACMI flights. According to De Tijd, the airline sold three Fokker 50 to Swedish Amapola. Only remain three Fokker 50 aircraft based at Antwerp Airport. But the airline planned to have new ATR aircraft by mid-2019. 85 employees are losing their jobs. A restart under the helm of former CEO Harm Prins is also a possibility, yet unconfirmed. Meanwhile, operations at VLM – Brussels, remain unaffected. Hours after the report of De Tijd, SHS published an official press release: 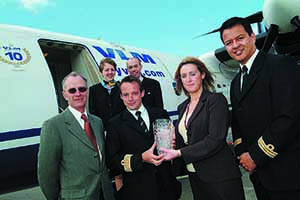 VLM was also part of the Cityjet group  under CEO Christine Ourmières until Air France sold out to Intro. In May 2014 the airline’s 11 Fokker 50s were considered part of the portfolio of the newly independent Cityjet. CEO and majority shareholder Arthur White added that as a truly independent airline, VLM Airlines will continue to offer ACMI and charter services, but will also be offering scheduled services again in the near future. VLM became the first European Union operator of the Sukhoi Superjet 100 in April 2015 following a deal with Ilyushin Finance to lease two of the regional aircraft. Stobart later displaced VLM on Cityjet flights from Cardiff.