Trending
You are at:Home»Aviation»WestJet to drop Dublin-St John and replace it with daily service to Halifax

Canadian carrier WestJet has dropped its four-year-old service from Dublin to St John, Newfoundland, and is replacing it with a seasonal daily service to Halifax in Nova Scotia.

The DAA said that the decision will increase WestJet’s capacity from Atlantic Canada to Ireland by 27pc, as the new service will use the Boeing 737-MAX. 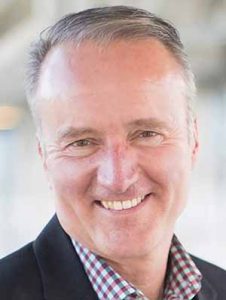 The move has been met with dismay by St John. A spokesperson for the airport told Canadian media: “We are very disappointed with this decision, but with continue to work with WestJet to grow their services from our airport.”

The St John ‘s International Airport Authority said the Dublin  launch in 2013 was the “most successful launch of a new route in WestJet’s history”, however the airline said the route has not been performing as well as hoped in recent times.

Regarding the new route, Tim Croyle, WestJet Executive Vice-President Commercial, said: “WestJet continues to invest in Halifax with the addition of flights to Dublin on our efficient and guest-friendly Boeing 737-MAX this summer.

“We are proud to be the carrier with the most transatlantic flights from YHZ to destinations like Dublin, Paris, London and Glasgow while being a strong driver of economic and employment growth in the region.”

WestJet’s Boeing 737-MAX aircraft features the airline’s Premium and Economy cabins, WestJet Connect and the Boeing Sky Interior. Flights are timed to optimise connectivity to and from flights from central Canada and the Atlantic provinces.