Trending
You are at:Home»Aviation»Willie Walsh: Aer Lingus will look at Shannon opportunities – but not for transatlantic

IAG Chief Executive Willie Walsh said Aer Lingus will continue to look at opportunities to expand its services at Shannon Airport – but shot down calls to follow Dublin and boost its transatlantic offering.

Mr Walsh was guests of honour at a meeting of Shannon Chamber of Commerce at Dromoland Castle. Welcoming him to Dromoland, Shannon Chamber President Julie Dickerson questioned why Aer Lingus would extend its main hub in Dublin, creating additional congestion at the airport and the M50 motorway, when Shannon and Cork have underutilised capacity and the infrastructure.

The call came after recent comments by Shannon Group CEO Matthew Thomas who claimed that Government policy is pushing for one main airport at Dublin Airport.

However, Mr Walsh pointed out that Aer Lingus would not have been able to introduce the new Seattle to Dublin route if it didn’t have customers flying from Europe and Britain into Dublin to connect.

“There is no way there would be sufficient demand in the local market to sustain a route to US destinations like Seattle, Miami, Los Angeles, Philadelphia or San Francisco. But Shannon can support a viable network of flights and Aer Lingus will look at opportunities for Shannon,” he said. 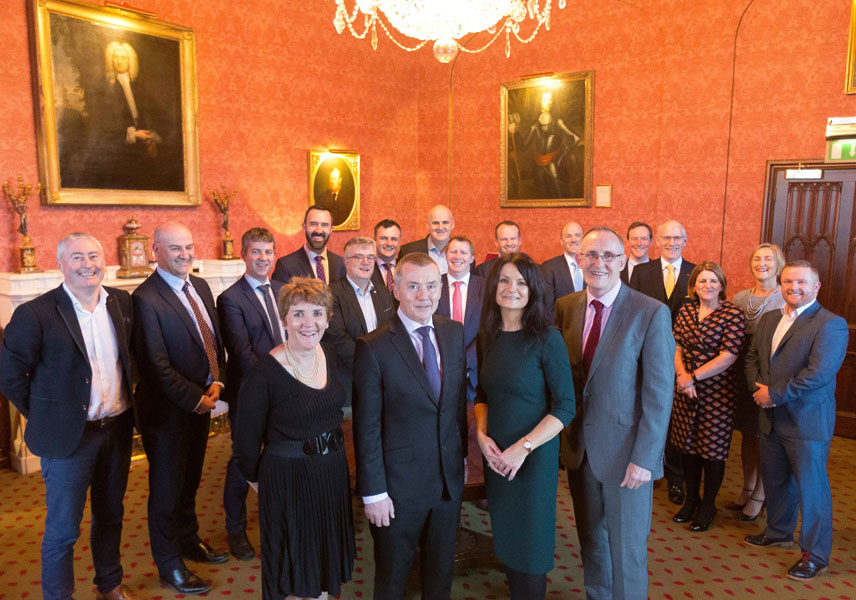 Outlining how IAG has grown since it was founded in 2011, after the merger of British Airways and Iberia, and through the acquisition of Vueling (2012) and Aer Lingus (2015) and the launch of low-cost airlines Iberia Express and Level, operating profits in 2016 were €2.5bn and are on target to reach €3bn in 2017. The airline group now carries 101m passengers, has 548 aircraft and employs 63,000.

Describing Aer Lingus as a “trophy asset”, Walsh said that IAG bought it because of the opportunity offered by its transatlantic network, the benefits from Ireland’s geographic position, both for Shannon and Dublin, and pre-clearance, which, he said, is the envy of a lot of airports around the world.

Recalling the process of buying Aer Lingus as tortuous, he said his colleagues in London were “bemused by the questions and challenges being levelled against us. We bought it because we wanted to grow it and have exceeded all the commitments we gave”.

He said Level, which will launch flights out of Paris Orly as well as Barcelona next year, could offer potential for Ireland and could sit side-by-side and grow with Aer Lingus. “Having sold 50,000 seats in the first 48 hours proves that you can stimulate demand to a new customer segment and that this is a model that can work.”

He downplayed Ryanair CEO Michael O’Leary‘s fears that Britain will be cut off from Europe after March 2019 if there isn’t urgency over air treaties. “I don’t see it [Brexit] impacting on us in the medium to long-term as we believe people will continue to fly. There will be a comprehensive Air Transport Agreement between the EU and the UK and this agreement will be good for all parties. It would be a retrograde step if the EU was not to reach an agreement with the UK.”

For Ireland, he said “there will be challenges” as anything that impacts negatively on the British economy will impact negatively on Ireland’s economy.