IAG, the parent company of Aer Lingus, Iberia and British Airways, said in a statement that it “confirms that it does not intend to make an offer for Norwegian Air Shuttle ASA (Norwegian) and that, in due course, it will be selling its 3.93pc shareholding in Norwegian”. 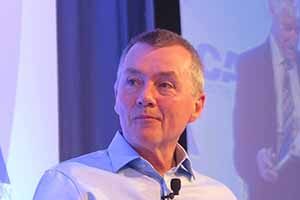 IAG said in its latest statement: “IAG’s 4.61pc shareholding in Norwegian, as announced on 12 April 2018, has since been diluted to 3.93pc as a result of subsequent share offerings issued by Norwegian during the first half of 2018. ”

IAG revealed last April that it had bought the 4.61pc stake in Norwegian and was interested in acquiring the entire airline. Later, Norwegian said it had received two proposals for a full takeover from IAG, but had rejected them because they undervalued the company.

IAG CEO Willie Walsh consistently ruled out launching a hostile takeover approach for Norwegian, and said  he would not get drawn into a bidding war after Norwegian CEO Bjorn Kjos said other parties were interested in acquiring his airline.