Trending
You are at:Home»Aviation»Year of the gun: Record year for firearms seizures at US airports

The TSA’s annual report for 2016 comes just days after the deadly attack at Fort Lauderdale Airport, involving a gun that was in checked luggage. The TSA rules allow passengers to travel with firearms in checked baggage, but they must first be declared to the airline. 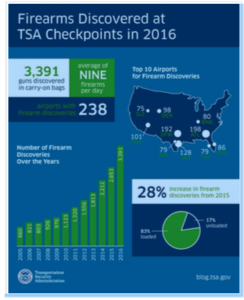 A total of 3,391 firearms were discovered in carry-on bags at checkpoints across the US, averaging more than nine firearms per day. Of those, 2,815 (83pc) were loaded. Firearms were intercepted at a total of 238 airports; two more airports than last year. The TSA stats show a 28pc increase in firearm discoveries from 2015’s total of 2,653. 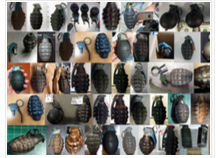 The TSA said many people who were found with guns, ammunition, knives and other prohibited items had brought them unknowingly. Full images of what’s been discovered can be found here on the TSA blog.