Boeing Ireland employees chose the charity to be their Charity of the Year, writes Shauna McCrudden 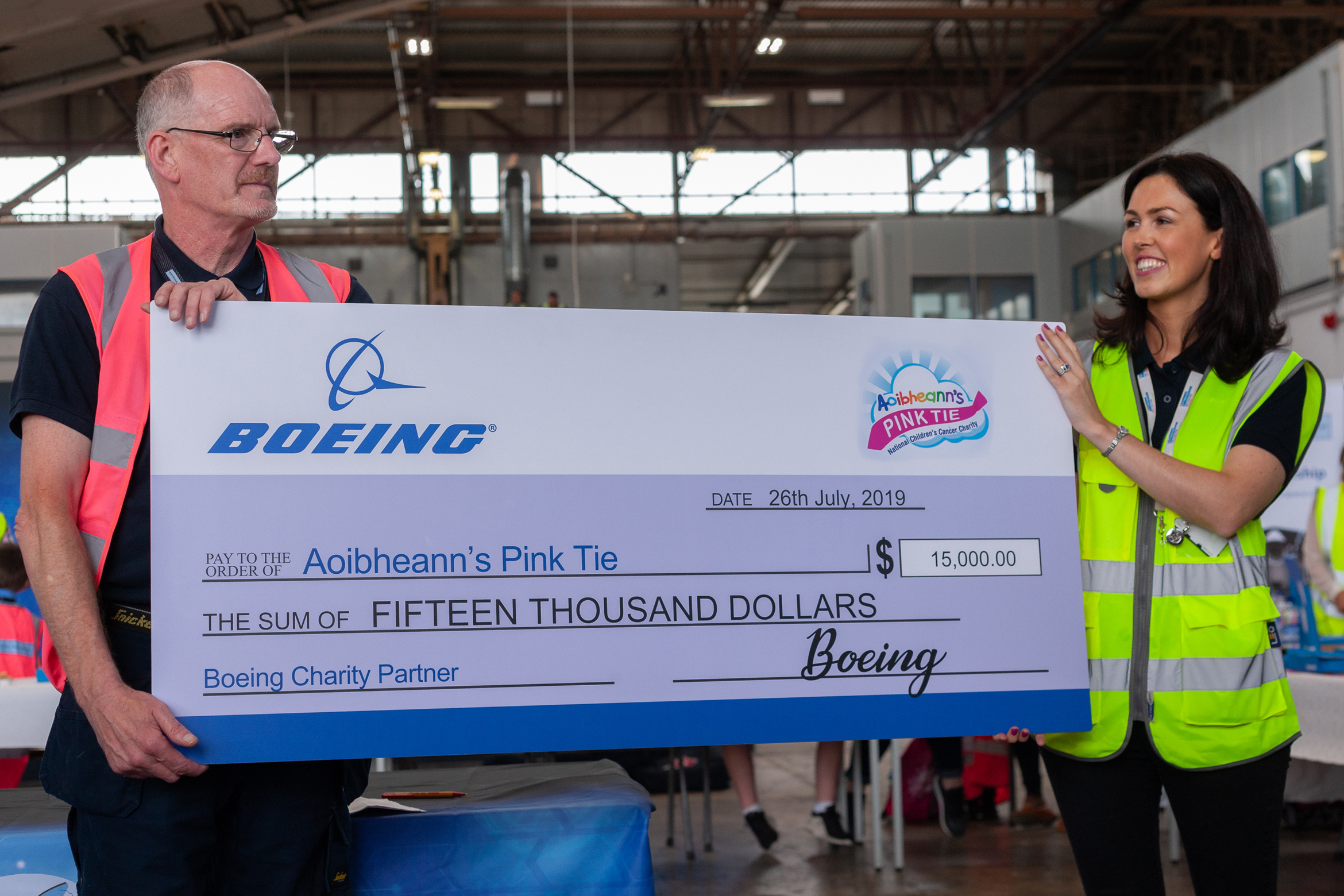 ‘Tis the season to be charitable and Boeing is very much in the giving spirit after such a difficult year for everyone. On December 16th, Boeing announced a donation of more than €40,000 to Aoibheann’s Pink Tie, a children’s cancer charity based in Dublin.

Aoibheann’s Pink Tie provides practical support to the families of children diagnosed with cancer who are attending St John’s Oncology Ward in Our Lady’s Children’s Hospital, the only treatment centre for childhood cancer in Ireland. Boeing Ireland, the world’s largest aerospace company and leading provider of commercial aeroplanes, defence, space and security systems, and global services in more than 150 countries, has been a longstanding supporter of the charity, and this year nominated Aoibheann’s Pink Tie to be their Charity of the Year.

Sir Martin Donnelly, president of Boeing Europe said, “I’m proud that we are supporting Aoibheann’s Pink Tie. It’s a great cause that Irish colleagues have fundraised for in recent years, and it is close to our hearts.”

Aoibheann’s Pink Tie was set up in 2010 by Mick Rochford and Jimmy Norman after the tragic loss of Jimmy’s daughter Aoibheann to cancer aged eight. When Aoibheann passed away the men wore pink ties at the funeral which was Aoibheann’s favourite colour. The charity was formed in her memory to remedy the lack of support for other children and their families in Ireland going through treatment. The charity provides emergency financial support, respite grants and practical resources allowing the families to focus on their wellbeing, their support of each other, and the treatment and recovery of their child.

Jimmy Norman said, “Considering this has been such an unprecedented year in the world, which particularly affected the aviation industry, we were completely taken by surprise with Boeing’s decision to support us this year. Over the last two years, Boeing and their Irish staff’s generosity to the children of Ireland fighting cancer has been incredible. This huge donation now means that we can continue to do our work into 2021, delivering on our mission of providing practical support for the families of children, all around Ireland, who have had a diagnosis of childhood cancer this year.”

This contribution to Aoibheann’s Pink Tie is part of Boeing’s 2020 global charitable grants package totalling more than €432,000 in the UK and Ireland. The grants, part of the Boeing Global Engagement portfolio, support charitable organisations worldwide who work to make a difference across three strategic pillars: Our Future, developing STEM skills for young people; Our Heroes, helping veterans and their families after service; and Our Homes, supporting thriving local communities.