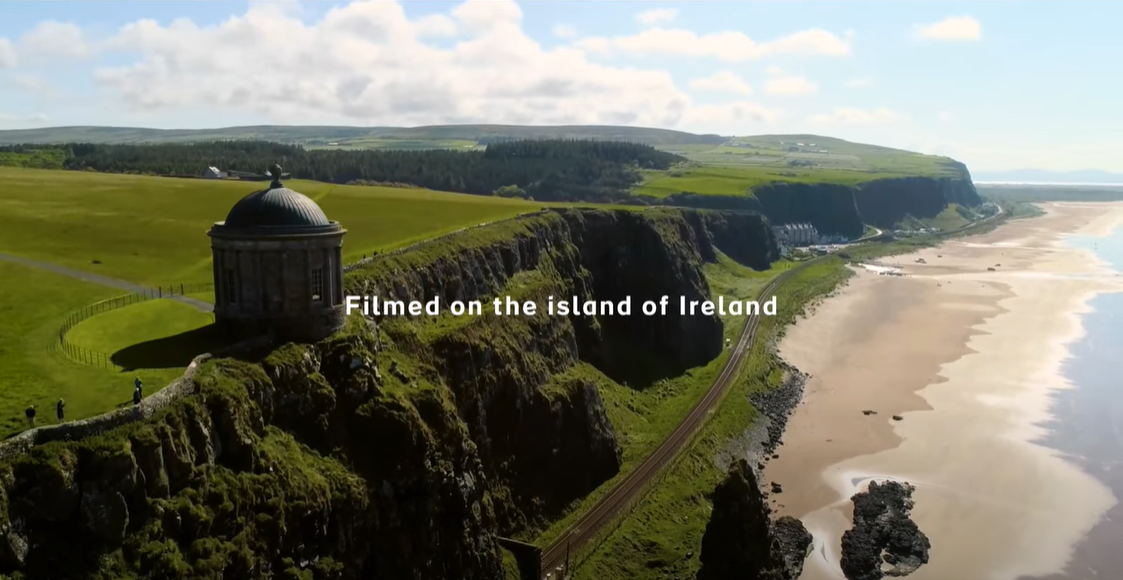 It’s no secret to my friends and family that I am a big movie buff. So to learn that a big Disney release, Artemis Fowl, was filmed just up the road in Northern Ireland is incredibly exciting. Having watched Artemis Fowl on Disney+ just this last weekend, I could easily point out the beautiful locations of the Causeway Coast.

Speaking about filming in Northern Ireland, Belfast-born director Kenneth Branagh says, “It was always a determination to shoot at least some of the movie there and to particularly give a sense of the scale of Ireland, the beauty of Ireland, the coast, the landscape, the colour of that famous grass. You’ve only got to go to a place like the Giant’s Causeway to believe that fairies exist in Ireland, because somehow that incredible landscape was created. Ireland is an enormously film-friendly country.”

Some of the filming took place on the Causeway Coast in 2018 and Tourism Ireland has worked with Disney to create a short promotional video showcasing some of the beautiful locations used during filming, including Dunluce Castle and Whiterocks Beach in Portrush.

In the video, viewers see wonderful aerial footage of the Causeway Coast, including places like the Mussenden Temple, the Giant’s Causeway and the Carrick-a-Rede Rope Bridge. And, Belfast-born director Kenneth Branagh tells viewers why Northern Ireland was such a great location for filming.

“We are extremely grateful to Disney for their generosity in agreeing to make this promotional film with us,” says Niall Gibbons, CEO of Tourism Ireland. “The fact that Artemis Fowl was partially shot in Northern Ireland is a fantastic coup for tourism. It will bring the magnificent scenery of the Causeway Coast to the attention of Disney+ viewers all around the world. And, while we may not be able to travel just now, this film will keep our spectacular scenery to the fore and is sure to inspire people for their future visit.”

To view the Tourism Ireland video, click here or watch below