Trending
You are at:Home»Aviation»City of Derry Airport to Liverpool flights relaunched this morning

Loganair’s new service between City of Derry Airport and Liverpool John Lennon Airport commenced today, re-establishing what was a very popular route from the airport before Ryanair stepped back as carrier, reports Clodagh Dooley 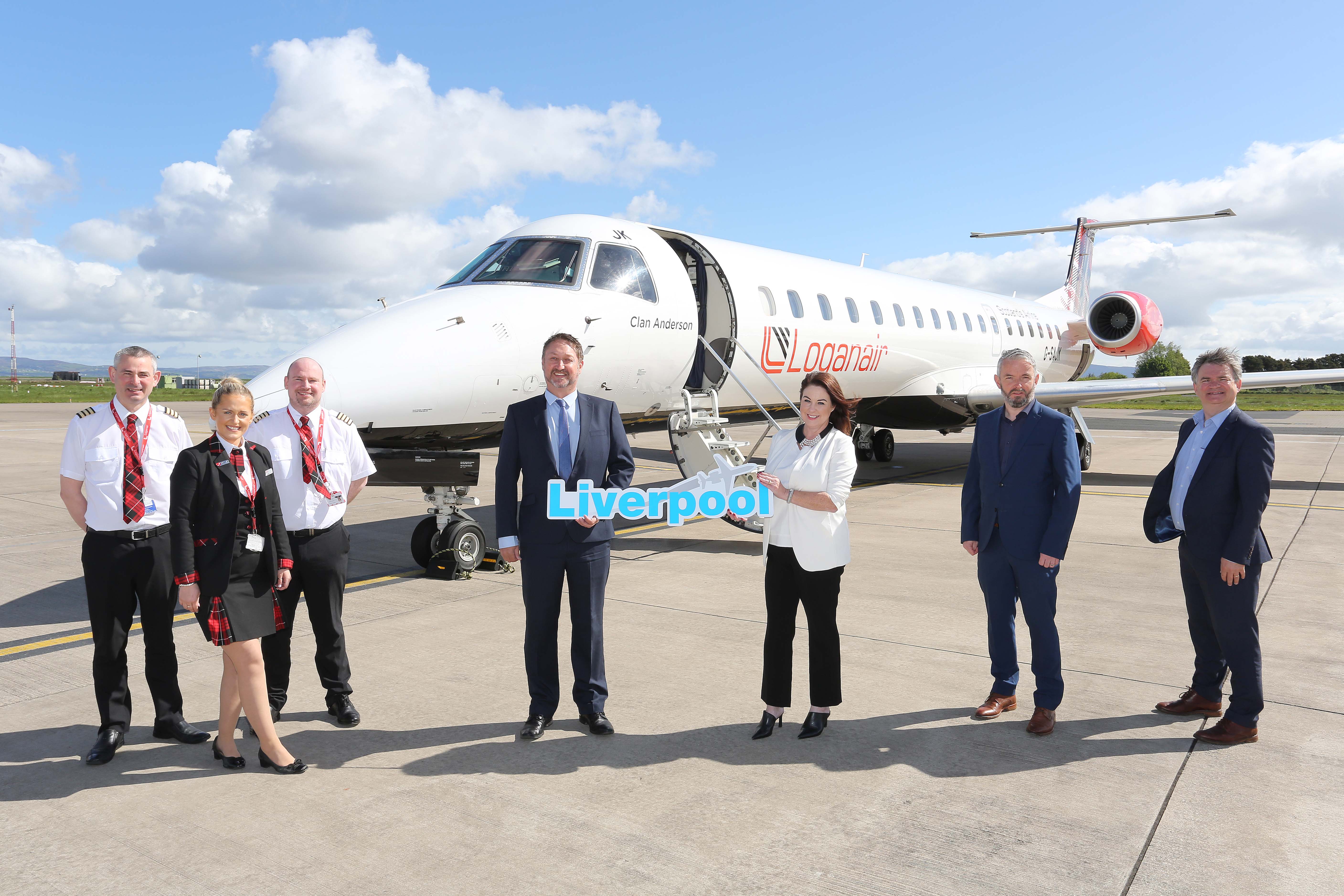 The iconic Abbey Road image of The Beatles was re-enacted on the tarmac at City of Derry Airport (CODA) this morning to mark the launch of the new Loganair service between CODA and Liverpool John Lennon Airport. 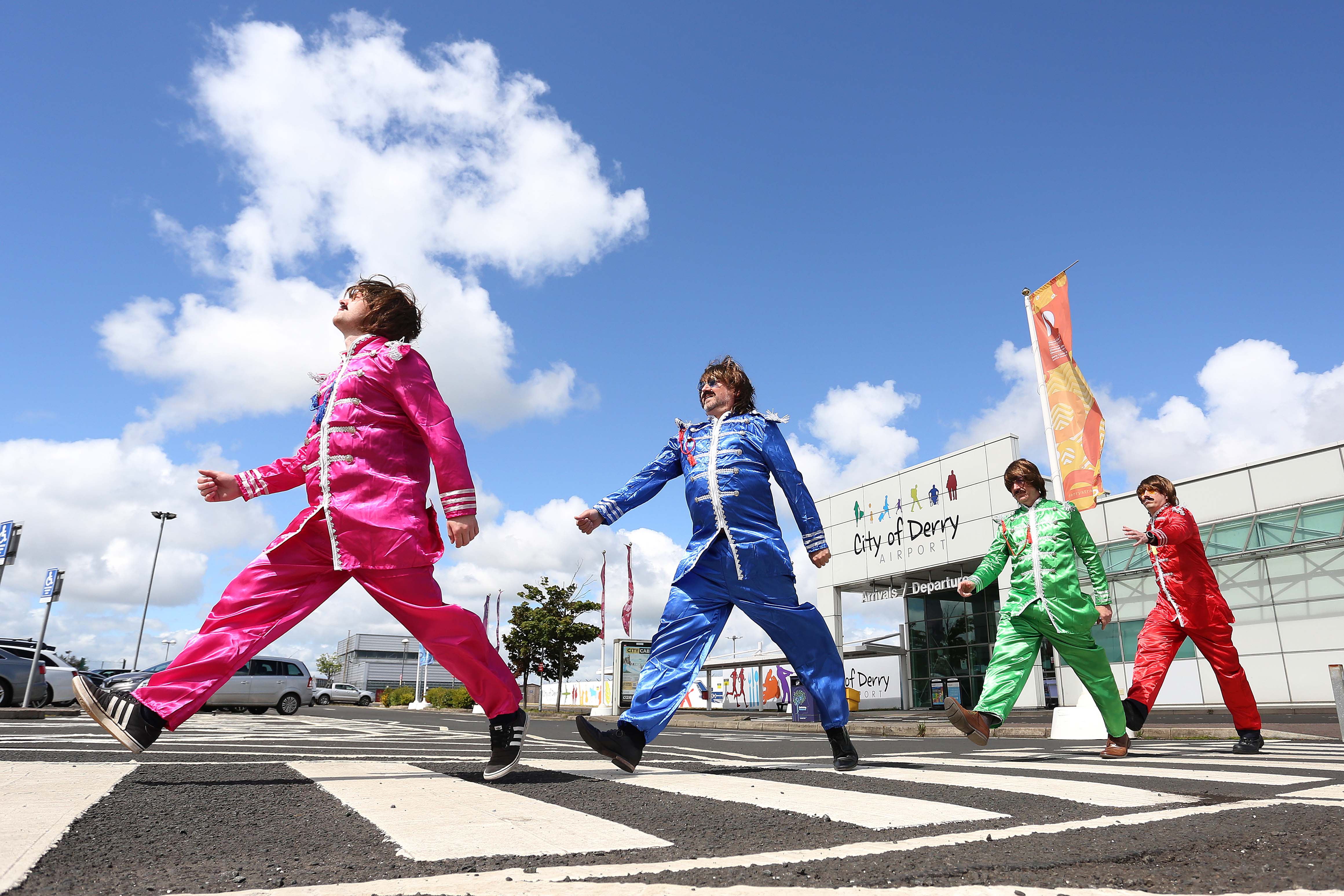 The Glasgow-based company – now the UK’s largest regional airline – recently stepped in to re-establish the popular UK domestic route, following Ryanair’s decision to step back as the carrier.

Loganair is initially offering flights four days a week on Monday, Friday, Saturday and Sunday. However, this will increase to a daily service from late June – the perfect escape for a weekend city break following the easing of Covid-19 restrictions. Fares start at £44.99 one way, with hand baggage and hold luggage allowance included, as well as refreshments served on-board.

Welcoming the route launch, Odhran Dunne, CEO of Visit Derry, said: “I am delighted that Loganair have chosen to fly from Liverpool to City of Derry Airport. Great Britain continues to be a very important source market in terms of tourists, holidaymakers and bed nights. As recovery for the industry begins and holidaymakers look towards closer to home destinations, this route provides a direct channel for tourists from Liverpool and the wider catchment area to enjoy a short break in The Walled City. Or those who want to use it as a base to explore the wider North West region for a summer staycation.

“We congratulate Loganair on their new venture and ongoing commitment to City of Derry Airport, and look forward to welcoming visitors from the NW of England over the coming months.”

The air link between CODA and Liverpool is just the ticket for visitors who love everything the former cities of culture have to offer, ranging from music legends to Premier League football.

Steve Frazer, Managing Director City of Derry Airport, thanked Loganair for their commitment to regional connectivity from the North West. Increasing the frequency of the Liverpool flights to seven days a week from the end of June will also offer maximum choice and flexibility to both business and leisure travellers.

He said, “We are very pleased that Loganair has stepped in to re-establish this important route for CODA, which we are confident will play a key role in recovery for the tourism and hospitality industry in our region. These two great cities have so much in common, from history and heritage to popular culture, as well as many Premier League football fans being based in the NW, the direct connection with our new air link gives us huge optimism for the future.”

Loganair’s Chief Executive Jonathan Hinkles joined in welcoming the launch of their new Liverpool route. He paid a special tribute to the “exemplary” locally-based team who had also maintained the London service without interruption during the challenging previous 14 months.

“It is wonderful to celebrate their superb efforts today by re-doubling our commitment to City of Derry’s air links, which we firmly believe augurs well for the future.”

Loganair was the first operator when CODA opened for business in April 1980. The 49-seat Embraer 145 regional jet based at the local airport supports 15 direct jobs for pilots, cabin crew and engineers in the area.

Loganair operates return flights from CODA to Stansted twice a day, seven days a week. The Scottish airline will also be increasing flights to Glasgow daily from late June.