Trending
You are at:Home»Aviation»Cork Airport experiences a decline of two million passengers in 2020 due to Covid-19 pandemic 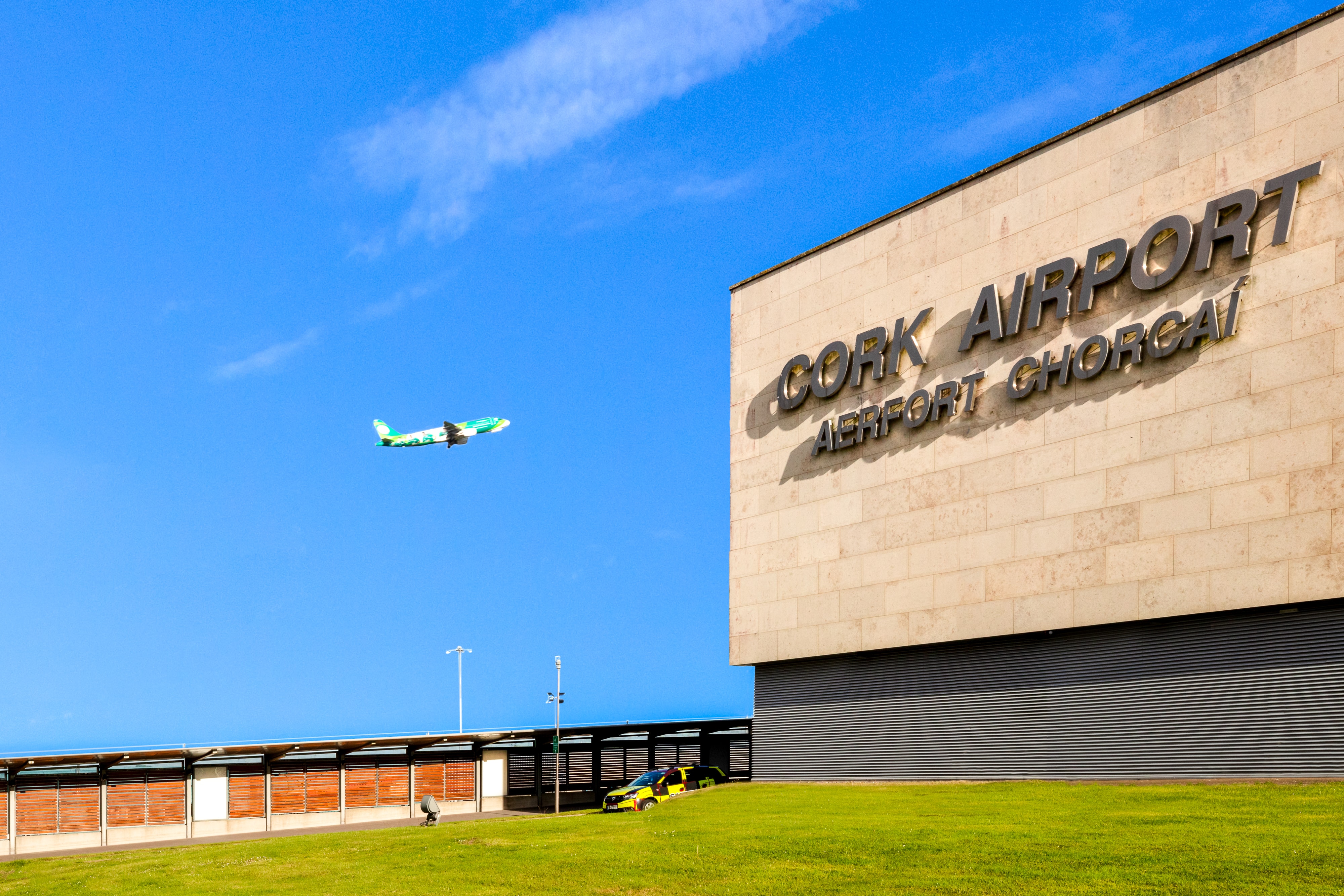 Covid-19 has completely changed the travel industry. This can be very clearly seen in the fact that just 530,000 people used the country’s second-largest airport, Cork Airport, last year.

Traffic declined across all the geographical markets served by Cork Airport. Passenger volumes to and from Southern Europe had the biggest decrease, down 87% year-on-year, while Western Europe was down 80%. Passengers to and from UK Provincial cities were down by 81%, while traffic to and from London decreased by 76%.

Managing Director of Cork Airport, Niall MacCarthy commented, “2020 has been a year like no other for Cork Airport. We have gone from over 50 routes across eight scheduled airlines, to two routes with two airlines. Our story is no different than other airports and other businesses across the world.

“No doubt, we have a long journey to travel back as we regrow our network out of Cork and become an engine of growth for the South of Ireland economy once again.”

Prior to Covid, Cork Airport was the Republic of Ireland’s second busiest and best-connected international airport with connectivity to multiple destinations across the UK and Continental Europe. Passenger numbers at Cork Airport grew from two million in 2015 to 2.6 million in 2019, an increase of 25% which has now fallen to 530,000 in 2020. 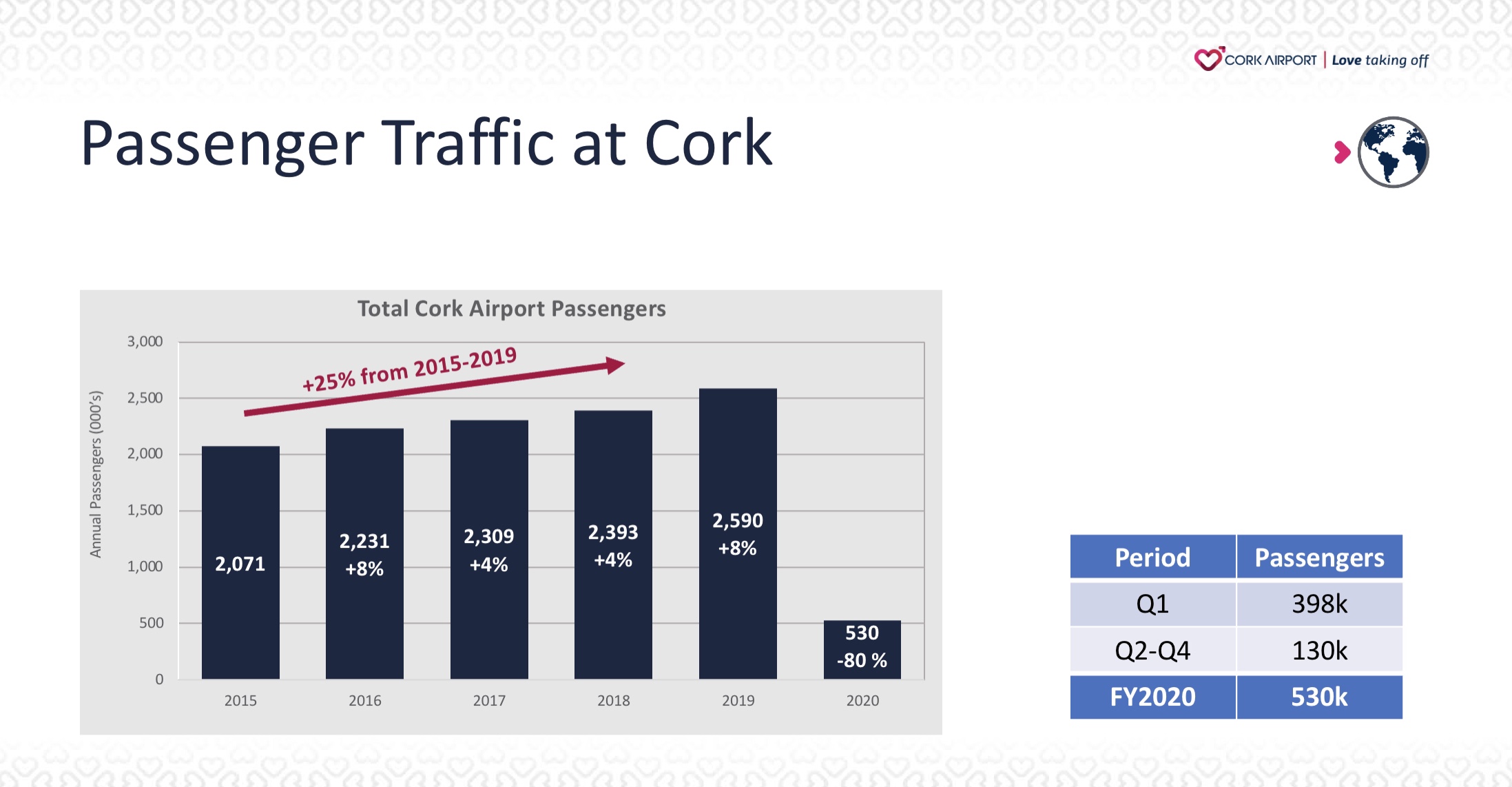 Niall says they are already working on recovery plans, with the support of parent group daa, so that they can rebuild their UK and Continental European networks as soon as possible and “reconnect Cork with the world, when it is safe to do so and when the demand is in place”.

“In addition, this year, we will progress the largest construction project undertaken at Cork Airport since the new Terminal was built in 2006. We have a reconstruction of our main runway and airfield electrical infrastructure, which will extend its life and support our business over the next 20 years.”

Niall adds, “The team here at Cork Airport welcome the announcement of operational and capital assistance for Cork Airport by the Irish Government to assist our recovery in 2021 and beyond as the vaccine rolls out and travel recovers. Ultimately, our vision is that the new network out of Cork in the years ahead is not just the same as the old but, over time, that it is even bigger and better, whilst re-growing jobs and connectivity for the whole South of Ireland economy.”