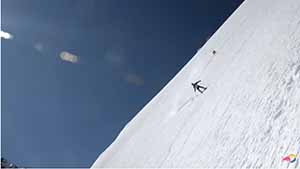 British Airways takes deserving children (each with a parent) away for a once-in-a-lifetime festive weekend in New York.

Willie Walsh was right, but so was Michael O’Leary. Under European Commission Brexit plans flights from Britain flying into and over the EU will be allowed continue as normal for 12 months to ensure basic connectivity. British based airlines will not be allowed to add new routes nor increase frequencies on currently operated routes during that same period. The capacity currently offered by British airlines to the EU27 market will thus be frozen as of 29 March 2019 if the deal negotiated between Britain and the EU27 is not agreed.

The question of compensation for delays caused by drones at Gatwick Airport is very much up for grabs after a series of contradictory court decisions on EU261. As with the Icelandic ash cloud, European regulators will be arguing that airlines are liable to pay compensation to passengers stranded by the closure of the airport and cases are likely to end up before the English courts. The large number of self connectors who use Gatwick were worst hit by the closure of the airport.

Aer Lingus jumped early again this year with their January Sale with some interesting tactical changes from previous years. Aer Lingus  sale deadline is January 15 and travel period, extends May (previously April) to September 30 while BA’s extends until January 31 with travel period between December 25 and October 31. Aer Lingus say they have discounted 3m seats by up to 50pc,  with North America from €189 each way. Tuesday 9th January 2018 saw highest number of bookings on aerlingus.com this year.

Irish Ferries released the passenger inventory for the WNB Yeats Dublin-Rosslare service for 2019 last weekend in advance of the arrival of the ship into Dublin. While a statement from the company suggested Rosslare-Cherbourg was still under consideration, the likelihood is that the company is retaining capacity for freight amid Breat-imeacht/brexit uncertainty. Listen here to Eoghan Corry speaking about the issue on RTE Morning Ireland. 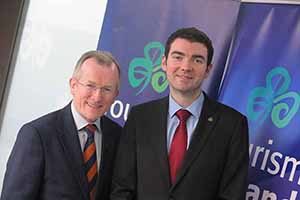 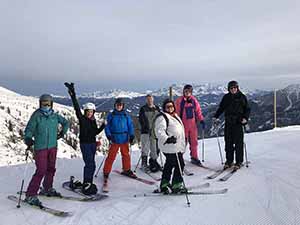 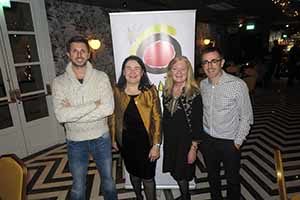 Teresa Gancedo and team at the Spanish Tourist Board entertained 68 key travel trade at the Iveagh Garden Hotel, Irish tourism to Spain will just pass 2m in 2018, down about 2.1pc from the record 2,047,379 last year. Picture shows Borja Bedoya, Teresa Gancedo, Kathryn MacDonnell and Pablo Martin. Watch here video diary of the night. Watch here reply on behalf of the trade by Cormac Meehan. Watch here Christmas greeting from Teresa Gancedo. See more pictures here or connect with the album on Facebook

Ireland’s premier travel industry event, the Irish Travel Trade Show is returning to the RDS Main Hall Complex on Thursday, March 21.  Early exhibitor registration is encouraged as the show is set to attract a large number of exhibitors and trade visitors.

Now in its fifth year, the show, organised by Business Exhibitions Ltd, will feature over 100 of the world’s best-known brands. The Spanish Tourism Office will host a lunch for invited guests in advance of the show, while the DAA will sponsor registration. The Portuguese Tourism Board will sponsor the After-Show Party and Networking Event for Visitors and Exhibitors when the show ends at 6pm.

John Spollen, President of the ITAA, said: “We are very excited to be welcoming exhibitors, new and old, to the fifth national Irish Travel Trade Show in March 2019. The Trade Show is an opportunity for travel professionals to strengthen business relationships and stay up to date with the emerging trends in travel innovation, product demonstrations and customer experiences.” To book a stand, visit http://irishtraveltradeshow.com/. 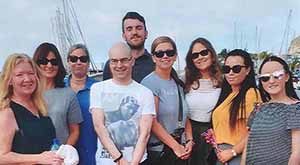 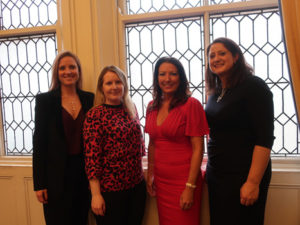 Etihad thanked the trade for its support during what it said had been a challenging year at times. Pictured are Shannon O’Dowd, Teresa Lambe, Karen Moloney and Gina Linuzzi – the Irish Etihad team – at the Stephen’s Green Hibernian Club for the airline’s Christmas lunch. See more pictures here or connect to the album on Facebook.

Click&Go said 100,000 customers have booked their holiday with a €1 deposit since the idea was introduced in 2014. CEO Paul Hackett, said “flexibility of payments can make a huge difference when looking for the perfect holiday especially at this time of the year”. 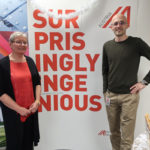 Advantage Austria got festive with a Christmas party in its Dublin offices. Elizabeth O’Leary of Advantage Austria is pictured with Wolfgang Oberauer from Google at the event. See more pictures here or connect to the album on Facebook.

Brian Ingarfield – formerly of Tour America – has had a busy Christmas, fundraising for the homeless.

David O’Grady’s e-Travel.ie is recruiting for two-three customer service agents to join its team in Walkinstown, Dublin 12. Knowledge of the travel industry an advantage with a view to learning and progressing within the team. This is a full-time permanent position. Monday to Friday 0900-1730hrs. Email your CV to sales@etravel.ie or call 01 4081900 for more details. 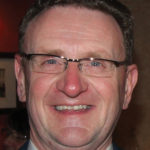 Ian Manto from Harvey Travel In Waterford is the November winner for a place on Niall McDonnell’s Classic Collection VIP fam trip to Lisbon next March. Each month from November to March 2019 one agent will be selected. To enter, make a Classic Collection Holidays booking and you will automatically be entered into the monthly draw.

Wendy Wu Tours published their 2019-2020 South America brochure. Agents who book a holiday in December receive a llama toy and up to £100 in LOVE2SHOP vouchers.

Moroccan authorities say one person has been arrested in connection with the deaths of two female Scandinavian tourists in the Atlas Mountains.

Authorities in Pompeii are working on a new evacuation plan in case Mount Vesuvius turns violent again, 2,000 years after it last devastating eruption.

Universal Orlando’s Halloween Horror Nights 2019 will begin earlier than ever before, running select nights from Friday, September 6, 2019 to Saturday, November 2, 2019

South African Tourism CEO Sisa Ntshona has been appointed to the advisory board of the United Nations World Tourism Organisation’s Quest Programme.

Visitors to Dublin in 2017 spent a greater proportion of their travel budget – 36pc – on dining out than in any other city studied, according to Mastercard’s Global Destination Cities Index Indulgences report.

The Irish Hotels Federation hotel barometer reported that 49pc recorded a positive outlook for the next 12 months compared with 82pc this time last year.

Deirdre McGlone MD at Harvey’s Point Hotel, was honoured as a thought leader in tourism and hospitality by the All-Ireland Business Foundation. 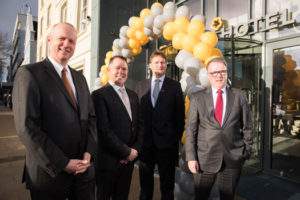 Aer Lingus’ deal with CityJet for the London City airport to Dublin route was cleared after a CMA probe.

The Commission of Aviation regulation ruled that Ryanair passengers are entitled to compensation after their flights were cancelled or delayed due to strikes.

Ryanair UK Ltd was awarded an English AOC and a first B737-800 was registered to it on Thursday (G-RUKA).

An agreement has been reached in the Aer Arann Islands dispute with services to continue and Indreabhain airport remains available up to September while a purchase process is initiated to buy it from Pádraig Ó Céidigh, owner of the airline and the airport.

The US big three airlines are vocally objecting to investment by Qatar Airways in Air Italy, a carrier with eight widebody aircraft capable of US-Europe flying, because Qatar is state subsidised. Qatar have a €2bn investment in IAG which owns Aer Lingus.

The week-long strike by workers at Luton Airport employed by Sasse will get underway from 6:30am Friday 21 December until Friday 28 December 6:29am

Emirates offered special fares to eight destinations  when booking between 7th and 22nd January for travel between 17th January and 30th November 2019.

Emirates said 10,000 tonnes of Irish exports were transported via Dubai in 2018.

Passenger numbers have broken the 30m barrier at Dublin Airport.

The Irish Aviation Authority will handle 1.15m flights this year, unchanged on 2017.

Brussels says an arrangement allowing hauliers to carry freight by road into the EU for a nine-month period without having to apply for permits will be strictly time-limited, and will be ended without any consultation

Due in the summer, Irish Ferries’ WB Yeats made her maiden voyage in to Dublin. See more pictures here or connect to the album on Facebook.

Royal Caribbean‘s Independence of the Seas and Brilliance of the Seas were forced to reschedule calls at Cozumel with ports closer to home due to a severe weather system over Florida.

Cruise & Maritime Voyages said it will replace most of its scheduled Amsterdam calls following the introduction of a new tourist tax that will apply to all cruisers stopping over in the city.

Meeting of the generations: AIDAnova and AIDAcara met at Santa Cruz de Tenerife with a festive fireworks display.

Swedish TV programme Bonde söker fru (‘Farmer Searches for a Wife’) featuring single farmers meeting a number of potential partners and taking his ‘favourite’ partner to go on a dream date to a foreign location was broadcast featuring counties Cavan, Louth and Meath.

Colm Croffy of the Association Of Irish Festivals & Events in his end of year review said:  the familiar issues that have bedevilled our sector since the 90s remain, no cohesion within the industry, poor sharing of learnings, uneven success at sponsorship partnerships, volunteer burnout , indifference by politician’s local and national and lack of local commercial support.

Powerscourt  won Luxury Spa of the Year at the Irish Beauty Industry Awards at the Crowne Plaza Hotel.

The OPW announced a permit competition for boats to Skellig Micheal.

Topflight offers: Book today on the 12th Day of Christmas sale and save an additional €50 (Dublin & Cork departures) /£50 (Belfast departures) for every person booking a ski holiday today. Applies to all properties and all resorts. Choose from ski and board holidays in Andorra, Austria, France and Italy. www.topflight.ie or your local travel agent. 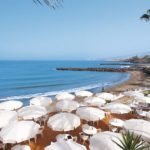 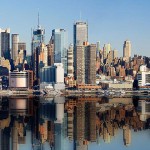