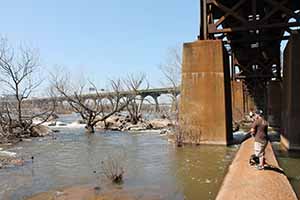 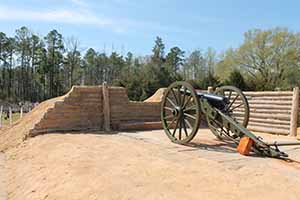 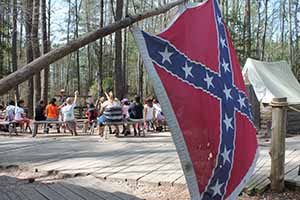 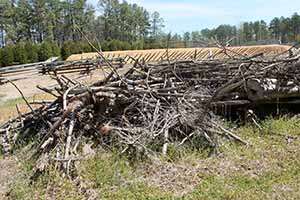 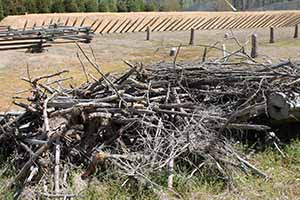 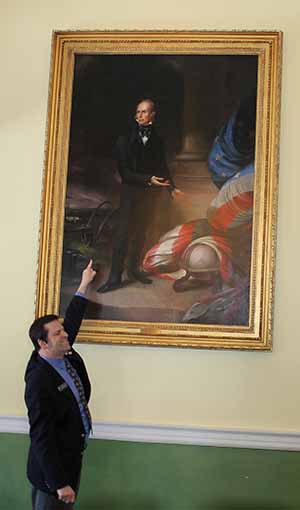 Mark Greenough conducting a tour of the Capitol in Virginia 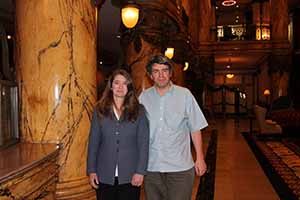 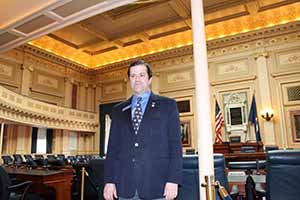 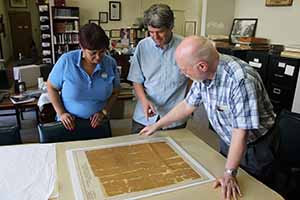 Examining the original map that Robert E Lee used during the Seven Days Campaign in the American Civil war in the archives department of the Museum of the Confederacy in Richmond Virgnia, Theresa Roane, Travel Extra editor Eoghan Corry and Sam Craghead. 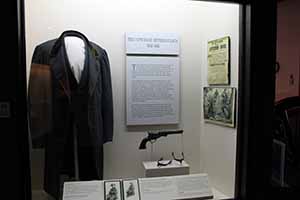 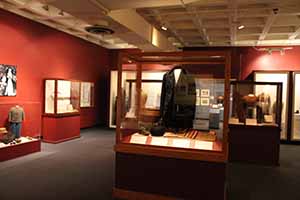 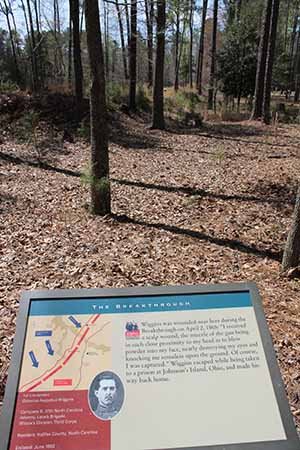 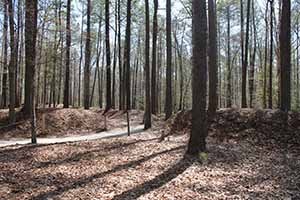 There is blood in tham there fields. Most probably the American civil war killed more Irish people than in any other war in history.

The carnage is among the best mapped and most re-enacted on the planet, a great sprawl of bloodshed spread over 19 states.

The anniversaries, well remembered and commemorated, continue through this year and come to a close in May 2015.

How convenient for the modern tourist that the two enemies positioned their capitals just 150 miles apart. The business end of the war was all fought in the fields of Virginia.

To find out what happened in the shortest possible time, it is best to start, as often with these things, at the end.

You will find Pamplin, outside Petersburg less than an hour south of Richmond, Virginia on the 95. This is where it ended, the battle of the Breakthrough, April 1 1865.

The park (www.pamplinpark.org) was filled with school children when I was there, if it were not for re-enactors and confederate flags resembles one of the pleasant leafy forest parks you get all over the USA.

There are walking trails among the overgrown banks and ancient ditches, dug by soldiers and still carrying their civil war contours. The little museum nearby has been focused on life of the ordinary soldiers.

Some of the earthworks have been reconstructed to look as they did on that murdering spring day.

At one small gap in the undistinguished bank they tell this is where the Union soldiers, from Massachusetts, broke through to bring four years of furor to an end. The blood of Irish fertilised the rich undergrowth in each direction.

The industrial engine-room of the south had fallen. The game was over.

Lincoln came to visit the white house of the confederacy, a week before he himself was shot. Lee surrendered eight days later. Some soldiers fought on for eight weeks, but at that little spot with the embankments still standing, you know you are at the exact place where it ended.

Or so we thought. Maybe it did not end at all.

Richmond was festooned with cherry blossom when I visited. Until recent years it still had the feel of a fallen city. Not every American city in decline in the 1980s had a 130-year-old war to blame but Richmond used to be a capital.

At the Historic Jefferson Hotel polished back to its old glory, get a feel for the grandeur of former days. Even if you are not staying there it is worth a visit for breakfast. The hotel started serving French in 2009 but realised quickly (and thankfully) that southern regional cuisine was what the market wanted. So we got Kings banana Beignets for $9, pigs and eggs, chicken and waffles, scrapple and low country bene wafers. “We like to be cutesy,” my breakfast companion Jennifer Crisp says.

Nearby Tredegar on the river was the industrial heartland of the confederacy. A re-enactor told the story of Mary Ryan, an Irish girl blamed for causing the explosion at an armaments factory in Brown’s island on a Friday the 13th in 1863.

Did she cause it? Nobody is sure.

“You can’t swing a dead cat in Richmond without hitting something historical,” Randy Klemm, Curator of the American Civil War Center at Tredegar says. “What is most striking about Richmond is its authenticity. The history is all around you.”

I had lunch in the Church Hill Café with Sarah Whiting of St John ‘s church, where Patrick Henry gave his “give me liberty or give me death” speech in 1775 to an audience that included Washington and Jefferson. I stop by to see a young Donegal man’s grave, John McDermott, is among the artefacts in the pleasant sun-filled graveyard. He died in Richmond at the age of 22 in 1811.

I also had to stop for a peek at the small house dedicated to the life and times of Edgar Allan Poe, the great writer that Richmond used to own until Baltimore named their gridiron football tam after him. Absinthe made the heart grow fonder, indeed.

It is one of the few from-life statues of George Washington that greets you when you enter the Capitol building where the parliamentary sessions of the Confederacy were held.

This is the statue that greeted Robert E Lee, great grandson-in-law of Washington’s, when he was asked to take the fight against his former comrades of the north using the same eulogy that Washington was accorded by lee’s father: “first in war, first in peace, first in the hearts of the people.”

Mark Greenough is the tour guide who illuminates these storied corridors with his deft turn of phrase.

“Stonewall Jackson was a military genius, Robert E Lee was not too bad,” Mark says “The Union command was much more politicised, people were given command for political reasons. It is an advantage to be on the defensive. The two times they went on the attack they were punished.”

“It is also a polite thing to do for the vanquished, to say they had the best generals.”

The statue of Stonewall Jackson outside was sculpted by John Foley, Ireland’s most important 19th century sculptor, born in humble circumstances in Montgomery Street (the original “Monto”).

The White House of the Confederacy is a small and modest townhouse, a bit like you would find at any crossroads in Leinster, with period furniture.

At the nearby archive store Sam Craghead and Theresa Roane showed me some of the documents in their collection.

There were bloodstains on one of the letters.

Eoghan Corry travelled on United Airlines nonstop service from Dublin to its Washington Dulles hub From Eu667.35 per person including taxes (Saturday night stay is required). Operated by Boeing 757-200 aircraft featuring 169 seats, 16 flat-bed seats in United BusinessFirst, 45 in economy plus seats with added legroom and 92 in economy. Flight home was 6 hours 2 minutes. Visit www.united.com or call 1890 925 252.