Trending
You are at:Home»Travelextras»Ireland provides the backdrop for Canadian reality TV show 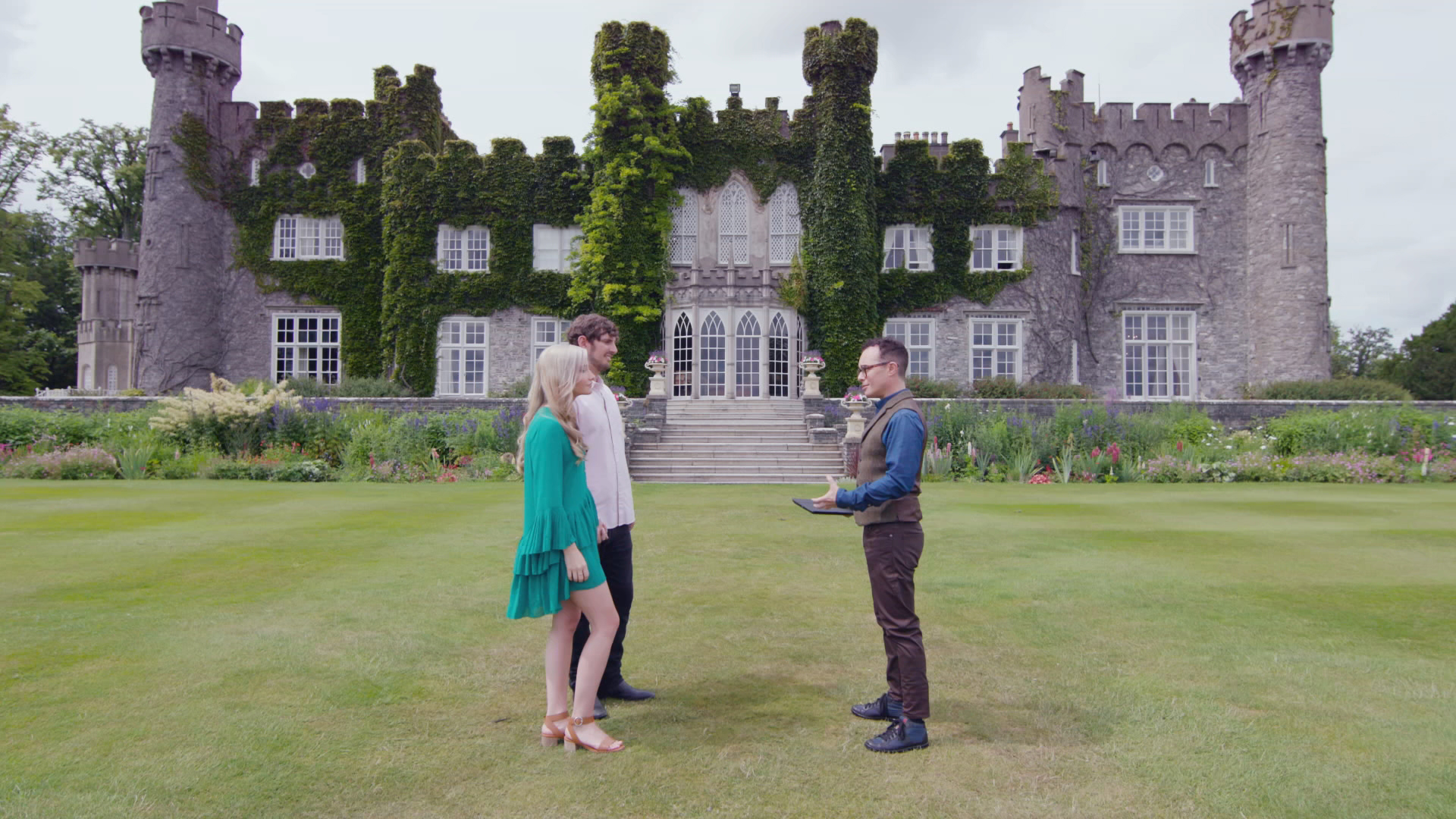 Host Tommy Smythe with the couple, Josh and Andee, during filming for Where to I Do? at Luttrellstown Castle

When we watch television, we see the images of beautiful places and imagine we are there sharing in the surroundings and away from the same-old-same-old. And that’s exactly what Canadians are doing tonight as they see images of Ireland on the reality TV programme, Where to I Do? which airs on their CTV Life Channel.

The show follows a Canadian couple as they search for the perfect venue for the wedding of their dreams. In the 30-minute episode, Canadian viewers will see the couple, Josh and Andee, together with the show’s host Tommy Smythe, visiting beautiful venues like Luttrellstown Castle on the outskirts of Dublin, Killruddery House & Gardens in Co Wicklow and the Cliff at Lyons in Co Kildare.

The episode marks the first time ever that the programme is showcasing a destination outside of North America. Filming took place here last summer and was supported by Tourism Ireland, which is responsible for promoting the island of Ireland overseas as a leading holiday destination, and Fáilte Ireland.

“Tourism Ireland was delighted that Where to I Do? chose to film in Ireland last summer,” says Dana Welch, Tourism Ireland’s Manager Canada. “This evening’s episode, which will be seen by more than 260,000 Canadians, will showcase some of Ireland’s most beautiful and romantic wedding venues.

“While we may not be able to travel and most weddings are on hold for now, this episode will shine a spotlight on Ireland as a romantic destination, reminding viewers that Ireland is a fantastic location for future weddings and honeymoons.”

And yesterday, Tourism Ireland in Toronto hosted an online ‘watch party’ for some popular Canadian influencers – to help generate lots of exposure and ‘hype’ about Ireland in advance of the episode airing later today. The online party included a Q&A session with the show’s host Tommy Smythe, who chatted about his time filming in Ireland.

I think this is a wonderful opportunity to showcase Ireland and will likely do wonders for its international appeal. Who doesn’t want a fairytale wedding in the romance of Ireland?

For more on other attractions promoted in Ireland, see www.ireland.com