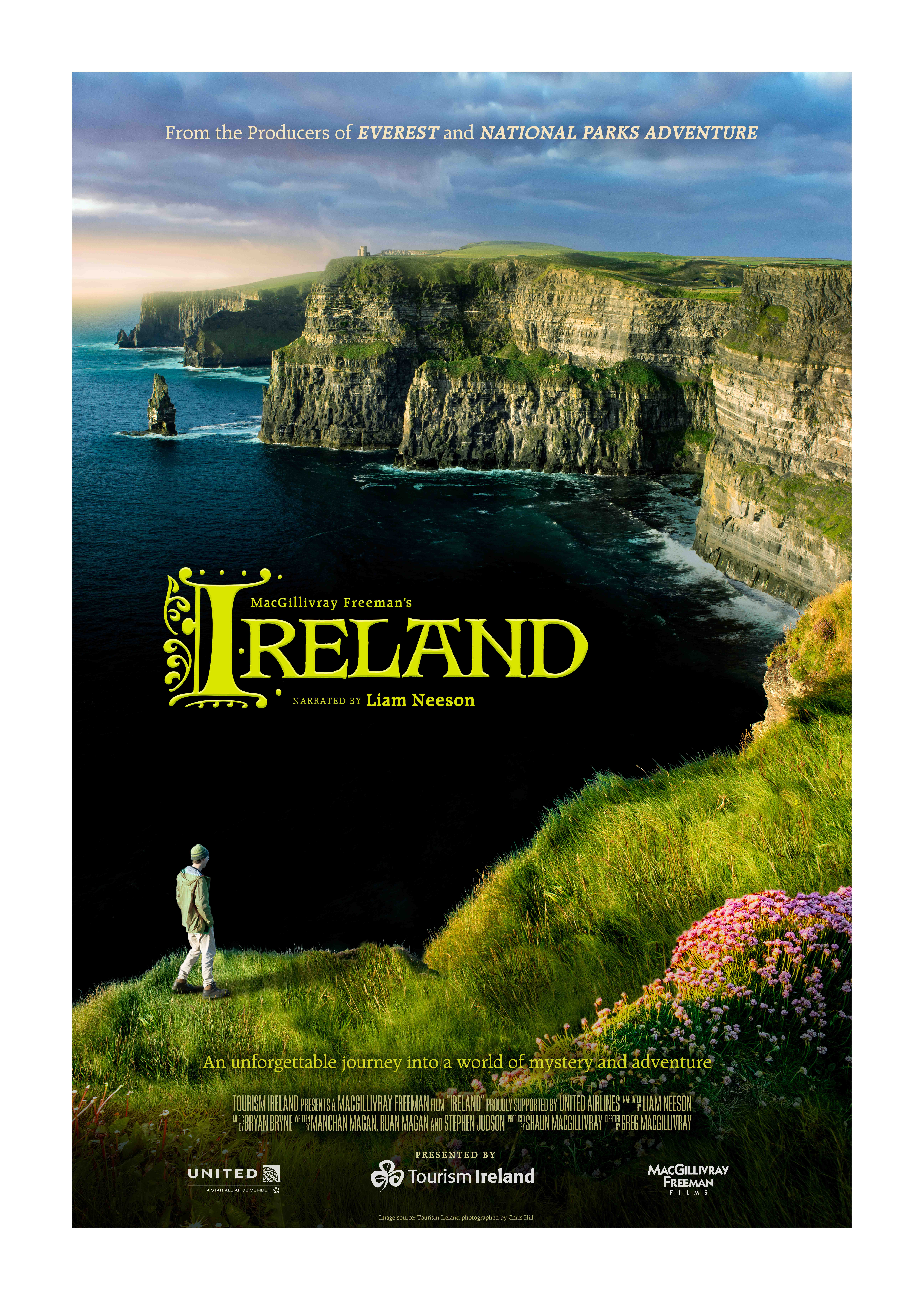 Narrated by Liam Neeson, the film has been produced by MacGillivray Freeman Films and will be sponsored by Tourism Ireland.

Ireland will celebrate our rich history, culture, arts and music, as well as our spectacular scenery. It will take audiences across Ireland, following writer Manchán Magan and others on an action-packed journey from Dublin to Belfast and from Kilkenny to Cong. Viewers will see breathtaking footage of places like the Cliffs of Moher, the Giant’s Causeway and the Skellig Islands.

The release of Ireland will play a significant part in the recovery of tourism from the United States next year. MacGillivray Freeman Films is the world’s foremost independent producer and distributor of original giant-screen 70mm films and Ireland is expected to be seen by millions of people across the United States – helping to inspire them to put Ireland on their holiday wish-list for next year. A previous film produced by MacGillivray Freeman Films for Brand USA (destination marketing organisation for the United States), called Natural Parks Adventure, was seen by around 8 million people in IMAX and giant-screen theatres.

View the trailer for Ireland below:

Niall Gibbons, Chief Executive of Tourism Ireland, said: “Tourism Ireland is delighted to be announced as the global sponsor of the new giant-screen documentary film Ireland, narrated by our own Liam Neeson. With the international release of the film set to take place next February, it comes at an ideal time for us as we restart travel to Ireland. It will play a significant part in the recovery of tourism from the United States. The film will be seen by millions of viewers in IMAX and giant-screen theatres, shining a spotlight on our rich history, culture and heritage and our spectacular scenery.”

Liam Neeson said: “There is a movement in Ireland to reconnect with our heritage, to rediscover what it means to be Irish. I am delighted to help bring the joy and diversity of all that Ireland has to offer, both the old and the new, to IMAX and giant-screen audiences worldwide. As viewers experience Ireland’s great beauty and humanity on the world’s largest screens, they will fall in love all over again.”