Trending
You are at:Home»Afloat»Oceania Cruises Nautica comes to Dublin

Oceania cruises Nautica was one of the first cruise ships to visit Dublin in what will be a busy month for cruise calls.

In all 22 cruise ships will call to Dublin during August, including Nautica’s sister ship Marina.

The 684-passenger ship was built in 2000. Oceania Cruises, which is based in Miami, operates five premium cruise ships on worldwide itineraries call on 365 ports across Europe, Asia, Africa, Australia, New Zealand, the South Pacific and the Americas, the 684-guest Regatta, Insignia, Nautica and Sirena and the 1,250-guest Marina and Riviera.

Agents were invited on board to sample what the cruise line has trade-marked as The Finest Cuisine at Sea.

The line first chartered the R Five from Cruiseinvest and renamed her Nautica in November 2005. It has a crew of 386. Nautica hit the headlines in November 2008 while sailing on the Gulf of Aden the Nautica hwne it came under attack by Somalian pirates, but was able to escape without any injuries to passenger or crew.

In 2014 it was given an extensive refurb. The casual Terrace Cafe onboard was given a new grill for passengers to dine on gourmet fare like grilled lamb chops or lobster tails. Baristas, a very popular coffee bar on the Oceania Riviera and Oceania Marina was added.

The Grand Dining Room and Toscana, the Italian specialty restaurant, were expanded to allow more tables for two. The Canyon Ranch SpaClub gotwere fitted out with original artworks and the owner’s and vista suites got new bathroom vanities and oversised showers.

Bernard Carter, Senior Vice President and Managing Director EMEA, Oceania Cruises said “Nautica and Marina will be showcasing fabulous examples of Oceania Cruises’ elegantly casual ambience and stylish accommodation and Irish agents will also be treated to a six-course gourmet lunch with wine in the Grand Dining Room. We all know that it is much easier to sell when speaking from experience and I believe that this programme of ship visits will equip travel agents with the first-hand knowledge to increase their luxury business further still.” 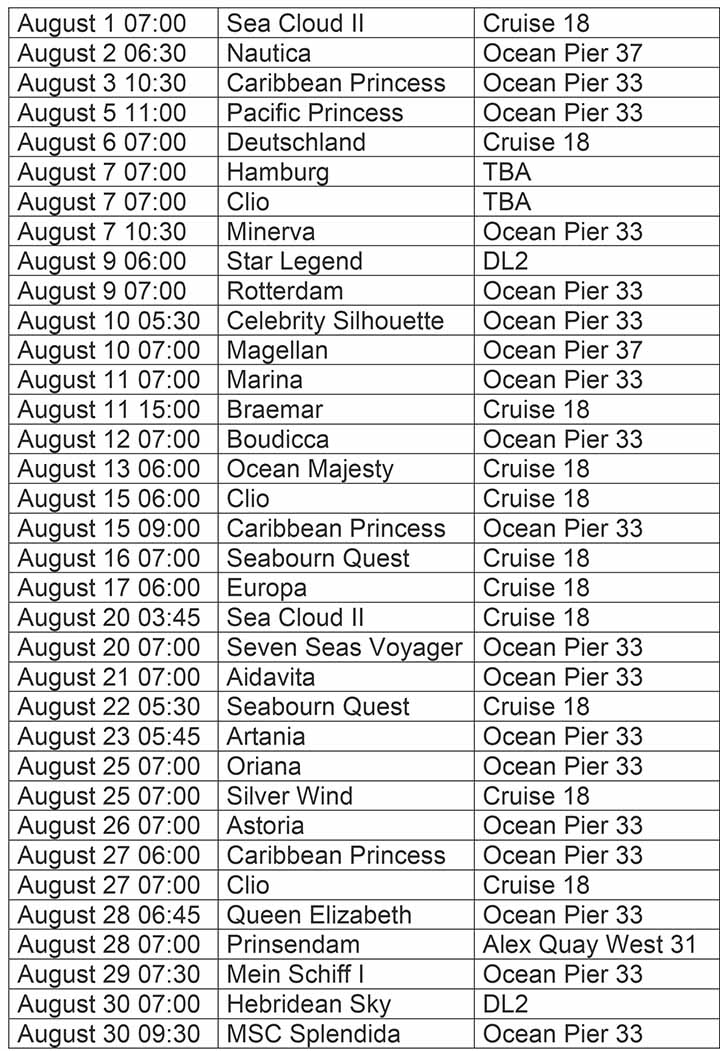