Trending
You are at:Home»Aviation»A Peek Behind Ryanair’s stunning financial results 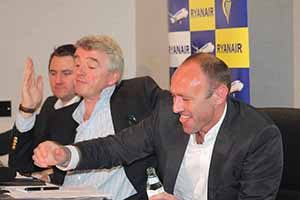