Trending
You are at:Home»Aviation»Shannon Group CEO would welcome Ireland visit by US President-elect Joe Biden

With the new President-elect taking up office in January 2021, CEO of Shannon Group Mary Considine says she looks forward to welcoming him back to Ireland 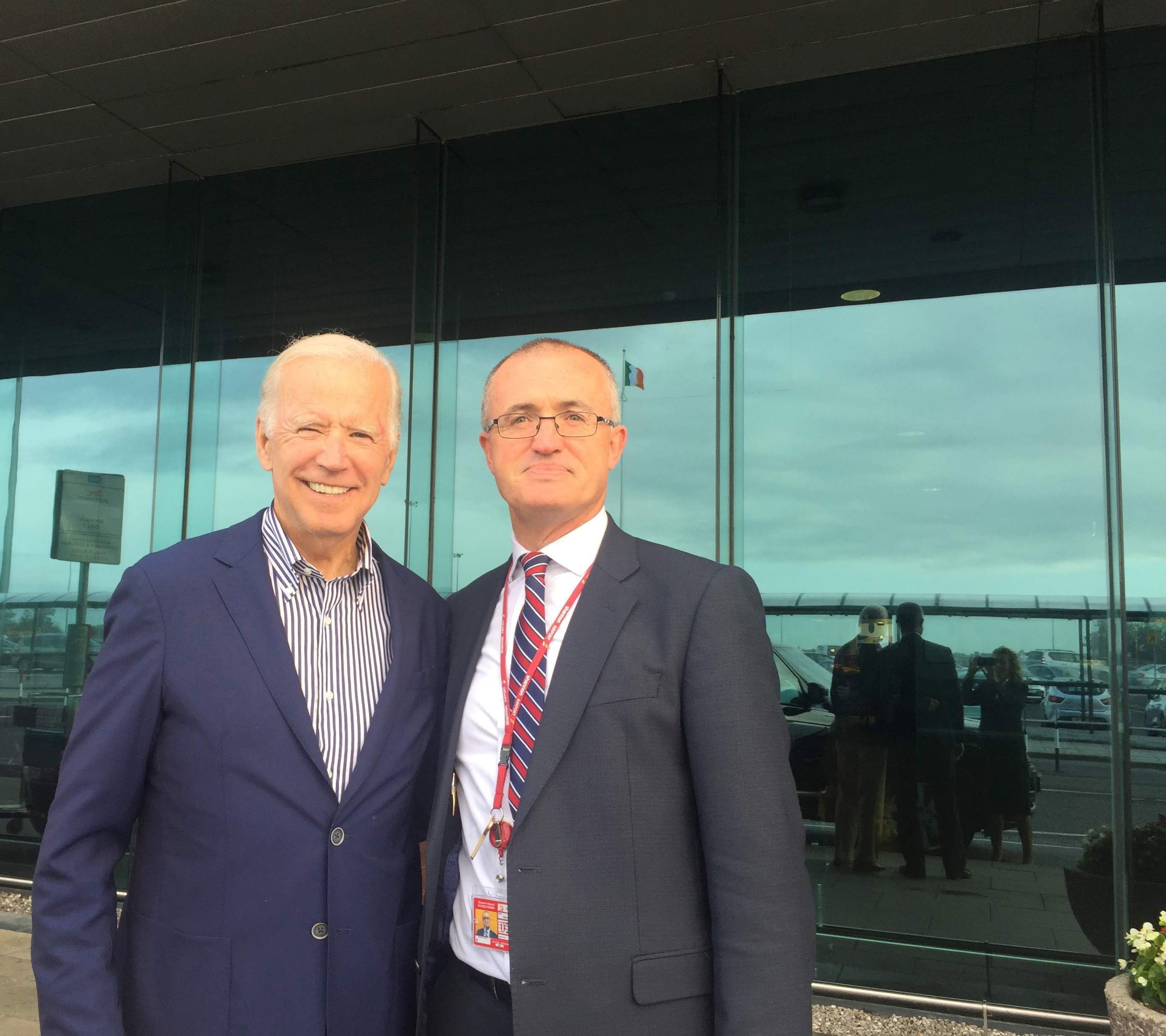 That was a whirlwind of an election! It took a few more days than we thought, but we finally have our answer and Irishman at heart, Joe Biden is the new President-elect of the United States.

Commenting on the prospects of a visit to Ireland by Biden after he takes up office in January 2021, Mary Considine, CEO, Shannon Group, which operates Shannon Airport, said: “Shannon Airport has been fortunate to have welcomed every US President since the famous John F. Kennedy visited in 1963. We have had 11 US presidents in all landing at Shannon Airport, a record which very few airports in the world, outside the States, can claim. They are all commemorated in a special exhibition gallery on the walls of our airport transit lounge.”

Among these are John F. Kennedy, who made a poignant speech on his departure from Shannon on 29th June 1963. When quoting the words of a poem he said he wanted to ‘…come back and see old Shannon’s face again.’

In 2009, Shannon became the first airport in the world outside the Americas’ to have full US Customs and Border Protection (CBP) pre-clearance facilities for airlines travelling to the USA. This means visitors arriving in the US are considered to be domestic passengers, saving them considerable time. The following year in 2010, the airport became the first outside the US to have pre-clearance for private jet aircraft and Shannon now handles a significant portion of Europe’s business jet traffic from a transit perspective.

Mary continues, “We have built on these historic links and over the years, our US ties have continued to strengthen. We have been fortunate to have been able to welcome the President-elect, Mr Biden, to Shannon on numerous occasions in the past. On one such occasion, he said that one of the ‘great, great advantages’ of the travel he has had to undertake has been the stops he has made at Shannon. His most recent visit to Shannon was in September 2017, when he had just finished his time as US Vice President.

“When US air travel resumes, which it will, we would love the opportunity to do what we do best at Shannon. That  is to extend a warm Irish welcome back to  President-elect Joe Biden as the 46th President of the US.”

Last month, Shannon Airport marked the 75th anniversary of the first scheduled transatlantic commercial passenger flight from the US to an Irish land airport. The historic service paved the way for the Shannon region to become a transatlantic gateway, giving rise to foreign direct investment and tourism, which together have become huge drivers of the regional and national economy.

“It’s particularly timely that we recognise this, as it shows the importance of aviation and Shannon generally and how essential it is to protect this strategic state asset and ensure it takes up where it left off once we start to emerge from Covid.”