All of us who got our presents during the week can thank Irish air traffic controllers as well as Santa. Watch here – password is fastforwardeditors – to see how the Irish controllers ensured parcels got through Irish air space.

An application to add Aer Lingus to 214 additional codeshare segments with 72 new unique codeshare destinations in America, and 47 additional codeshare segments has been made in the USA by American Airlines, British Airways, Openskies SAS, Iberia, Finnair and Aer Lingus. They say the application for approval and antitrust immunity will generate $96m in consumer benefits each year, The application argues this will expand  Aer Lingus’ value-carrier service by unlocking new connections and introducing new routes to North America and stimulate new demand by 16,800 passengers per year. Aer Lingus will play the lead role in developing  pricing for services between North America and Ireland and will remain free to set fares sold through its direct distribution channels.  American Airways will get 12 new unique codeshare destinations beyond Dublin: Cork, Donegal, Birmingham, Bristol, Newquay, Isle of Man, Jersey, Pula, Nantes, Verona, and Faro. It does not provide for Aer Lingus to join oneworld; this decision will be made at a future date. 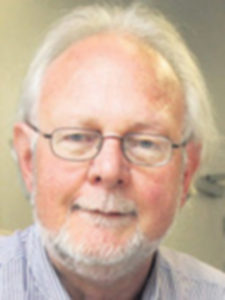 Ireland’s visitor attractions for 2018 will be totting up their numbers next week, to be headed again by Guinness Storehouse which estimates 1,740,000 visitors, driven by USA and Europe. A Brexit slowdown means they are up just 1.6pc on their 1,711,281 in 2017, their slowest growth in ten years. The Cliffs of Moher expect a healthy 6pc increase from 1,527,000 to just over 1.6m in a year that has seen much improved access from their new coach reception area. Dublin Zoo expects to decline 11pc from 1,264,300 to 1.01m, with Director Leo Oosterweghel (pictured) claiming the papal visit “pulled the rug” from beneath the zoo, forcing three days of closure in August on top of a decline caused by a snowy spring and overly hot summer: “We lost the last week of August which is our biggest week, the end of the school holidays. if the weather is good you have 10,000 people here in one day.” The National Aquatic Centre (estimated 1.2m) and National Gallery (estimated 1.15m) may both pass the zoo pushing it back to fifth place, with the Giants Causeway (estimated 1.04m) not far behind in sixth and Book of Kells seemingly set to pass the 1m mark for the first time. Tayto Park (850k), Titanic Belfast (794k), and Castletown House 700k) make up the top ten. All figures are estimated and subject to confirmation. 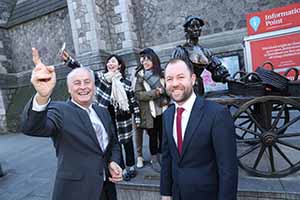 The Irish Tourism Industry Confederation end of year report predicted growth of 6-7pc in passenger numbers and 6-9pc in revenue in 2019, slightly more optimistic than the 6pc revenue growth and 4.46pc revenue growth forecast by Tourism Ireland at their briefing last week. ITIC chair Maurice Pratt said 25,000 new jobs have been created in the sector in the last 12 months and tourism remains Ireland’s largest indigenous employer and warned that Brexit, VAT hikes, and weakened competitiveness will put significant pressure on the industry.

Peter Downey, Chairperson of the Irish Self-Catering Federation, whose members supply 20,000 bed nights nationwide, said moves by Minister for Housing Eoghan Murphy requiring planning permission for short-term property letting could close the sector down. “It is tempting to blame short term letting for the housing shortage but where is the evidence?  We are providers of a tourism accommodation product for visitors to Ireland for decades – we did not just appear when an on-line booking platform in the US shone a light on short term letting for the first time 10 years ago.  Neither department can ignore this fact and they need to sit down to discuss the impact of one set of regulations on another Minister’s portfolio.  Super-fast, before our accommodation sector is decimated by regulations that are not fit for purpose.”

While 2017 was the first year in aviation history with zero fatalities, it was a different picture this year, with 587 persons killed in 14 crashes. The worst was the crash of Lion Air Flight 610 Boeing 737 Max 8 in October, which claimed 189 lives. Cubana de Aviación Flight 972 crashed shortly after take-off from José Martí International Airport in Havana, killing 112 of its 113 passengers. In March, US-Bangla Airlines Flight 211 from Dhaka to Nepal crashed at Tribhuvan International Airport, claiming 52 lives. In March, an aircraft carrying 71 passengers crashed on landing at Kathmandu airport, killing 49 people. According to the Dutch safety consultancy, To70, the five-year average is approximately one fatal accident for every 30 million flights. In terms of the number of passengers flown without a fatal accident, Ryanair is the safest airline in the world, followed by EasyJet. 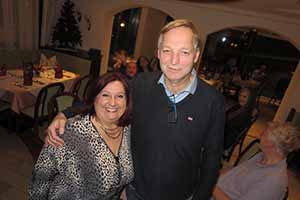 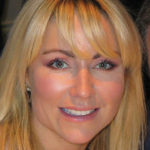 Bookabed has announced a strategic partnership with Best Western Hotels & Resorts to give Bookabed  same-day availability for all room categories at preferred rates. Colleen Butler, Head of Product at Bookabed, said: Bookabed will be launching further products “in the coming weeks which will further enable agents to deliver better pricing, availability and options to their clients”. 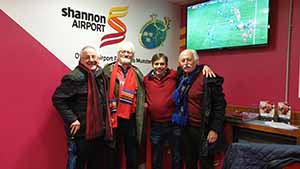 A year later, Nicka Feinberg told the English Guardian that his Airbnb guests threw a New Year party for 300 people

The woman who died when she fell from a footbridge in a bus loading area at Alicante airport last Saturday has been named as Judith Coughlan (28) originally from Arklow. 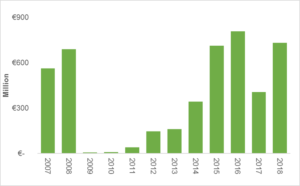 A total of 34 hotel deals – worth more than €730m – were competed during 2018. This figure excludes hotel investment sales. CBRE Ireland figures showed that hotels that changed hands included The Heritage Hotel & Spa in Killenard in Co Laois and the Connemara Coast Hotel in Furbo in Co Galway. This year’s deals figure was over double the amount for 2017, which stood at just €250m, according to Cushman & Wakefield’s data.

Aer Lingus is reducing Dublin-Miami to 2w from June 9 until October 16.

Shannon’s Helvetic service to Zurich will be discontinued in 2019.

Wow has sold its Gatwick slots and moving full London operation to Stansted, as part of its operation to restructure and simplify its operations to return to its roots, reducing the fleet from 20 to 11 aircraft, all single-aisle Airbus. after the collapse of the Iceladnair deal.

The full transcript of Willie Walsh’s investor day comments are now online: Aer Lingus, I would argue is probably one of the best acquisitions that anybody has ever made. 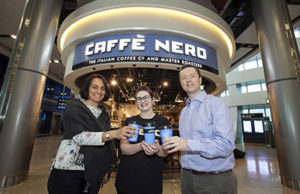 Stena Line is offering 25pc off travel to Britain and France on the Dublin – Holyhead, Rosslare – Fishguard and Rosslare – Cherbourg routes in 2019 if booked before January 8th. 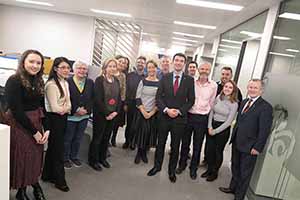 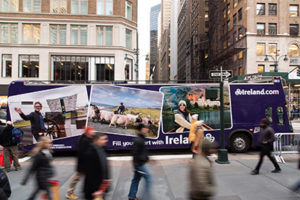 Tourism Ireland is already targeting the key north American market for 2019. A week-long TV campaign with its Fill Your Heart with Ireland ad aired from Christmas Eve in New York and Los Angeles, plus Minneapolis and Dallas, which will have direct connections to Dublin in the New Year.  A doubledecker bus in New York advertises the new campaign.

Part-time and seasonal hospitality workers could benefit from changes to Job Seeker’s Benefit rules from New Year’s Day. The new rules will allow workers with subsidiary seasonal and casual employment to earn €7,500 a year without it impacting on their rights to Jobseeker’s Benefit when work is scarce. 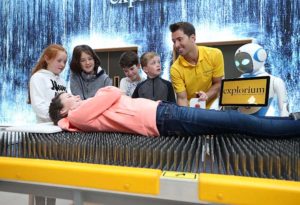 Head of Science and Sport Mark Langtry is pictured with Laura Manning 11 (left) and Grace Thompson 11, Conal Curran 12, Tommy Horkan 11 and Sarah Thompson, 11 , at Explorium, Ireland’s first sport and science centre. It includes over 300 interactive exhibits, spanning 110,000 sq ft, and is based off the M50 in Sandyford, at the foothills of the Dublin Mountains. www.explorium.ie Photo: Robbie Reynolds 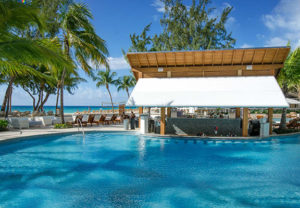