Naklua, Ecotourism tour during TTM Plus in Pattaya, June 15 2018

Ireland’s got the Wild Atlantic Way – and Washington State has its own scenic drive with the Olympic Peninsula, handily situated beside Aer Lingus’ new destination of Seattle watch here.
Cathay Pacific Airways has become the second airline to operate the A350-1000, the world’s newest long range widebody airliner. The airline took delivery of the aircraft at an event in the Toulouse home of Airbus watch here.
Following the lead from the cruise industry, Emirates has the airline industry’s first virtual windows, with projected images from outside the aircraft, in a first class middle suite watch here. 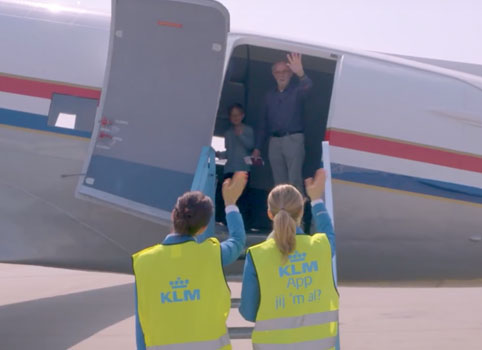 A man who couldn’t take his prize of a flight over Amsterdam – way back in 1935 – finally achieved his dream trip, in a vintage DC-4, with the help of his great-grandson and KLM watch here.
World Cup fever continues apace – and Qatar Airways is showing off what’s available to supporters from around the world at its pavilion at the Fifa Fan Zone in Moscow watch here.
Tourism Ireland is showcasing the best of Dublin music and food watch here. 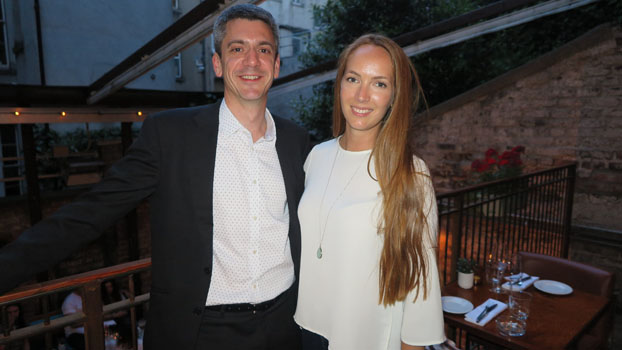 A busy week in Ireland for low-cost carrier Norwegian, hosting Irish media at a dinner in Drury Buildings, and revealing to Travel Extra its embargoed plans for its first-ever service from Europe to Canada, which will operate from Dublin to Toronto’s Hamilton Airport, and a route tried in the past from Ireland by Flyglobespan. The service commences on March 31 next. Full story here.
Pictured at the Dublin event are Philip Allport, Director of Communications and Public Affairs for Britain and Ireland, and Natalie Wilson, Senior PR Manager, Britain and Ireland. 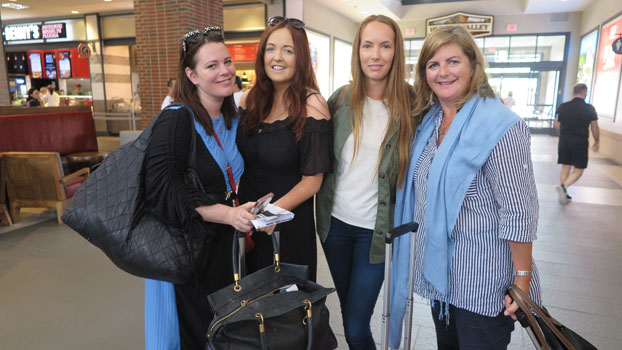 Just hours later, Norwegian’s Natalie Wilson took a small group of national media, among them Travel Extra‘s Mark Evans, on a fam trip with a difference – a day trip to New York’s Woodbury Common Premium Outlets, situated near its Stewart International Airport, to which it flies twice daily out of Dublin. The airline is actively promoting shopping day trips – but hats off to the Asia shoppers who flock to the US mall from as far away as China and Taiwan. The Irish group touched down in the US at 11am local time, and flew home 10 hours later. Some of the group, pictured here, are journalist and stylist Corina Gaffney, Sunday World journalist Denise Smith, Natalie Wilson, Norwegian, and Madeleine Keane, Sunday Independent, at Woodbury Common’s Market Hall.  See more pictures here or connect with the album on Facebook. 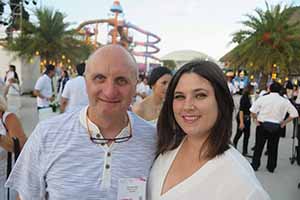 Brendan Barry of Discover Travel was among the tour operators hosted by the Tourism Authority of Thailand along the relatively unfamiliar south eastern coastline following TTM Plus in Pattaya. The group visited some undeveloped local tourism projects which are attempting to bring Pattaya visitors out into the hinterland and high end hotel properties on Ko Samed and Ko Chang. Separately, the media group visited Neeracha Hui Wongmasa and Buranakan Jumbo Chatupornpaisan of the Thai Ecotourism & Adventure Travel Association, a group with 60 members throughout the country and sampled a cycle through a coconut platnation in Takientia and a walk through Naklua fishing village. Thailand had 68,982 visits from Ireland in 2017. Photograph shows Brendan barry and June Delaney, the Irish born supplier form Onyx at TTM. See more pictures hereor connect with the album on Facebook.

OTA Alpharooms has launched its first ever TV ad campaign – and it’s exclusively for the Irish market. The company said the Irish market is one of its strongest, with hotel-only bookings up 64pc, hotel and flight bookings increasing 37pc and hotel, flight and transfer bookings rising by 59pc. 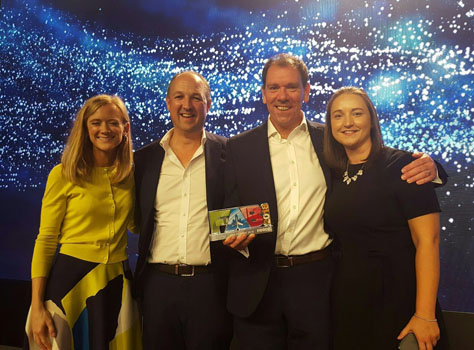 Marqette at Dublin Airport’s Terminal 1 has been named the Airport Food Hall of the Year at the Moodie Davitt Airport Food and Beverage (FAB) Awards for the second year in a row. Marqette, operated by the Michael JF Wright Hospitality Group, was shortlisted for the award from hundreds of entries. The award was presented at the seventh annual Airport Food and Beverage (FAB) Conference & Awards in Helsinki. Dublin Airport Head of Value Added Services Kate Flood, Marqette Head Of Commercial Development Michael Moran, Marqette General Manager Michael Thornton, and Dublin Airport Concessions Strategy Executive Sarah McGinn are pictured in Finland. 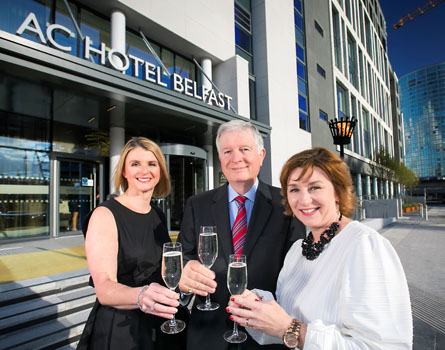 Belfast saw not one but two big openings last week – the towering Grand Central Hotel (300 bedrooms) – with Ireland’s highest bar, at 27 floors up – and AC Hotel Belfast (188 bedrooms), which is part of the city’s £275m City Quays development, and is the first AC Hotels by Marriott property in Ireland. General Manager Lisa Steele, Belfast Harbour Chairman Dr David Dobbin and Director of Franchise Sales, Marketing & Revenue Management for Marriott International, Deirdre O’Brien, are pictured at the AC Hotel launch.
Carra Shore plans for a 10-storey 421-room hotel beside the existing Clayton Hotel in Clonshaugh, near the junction of the M50 and M1 motorways, were given the green light after objections by residents were withdrawn. 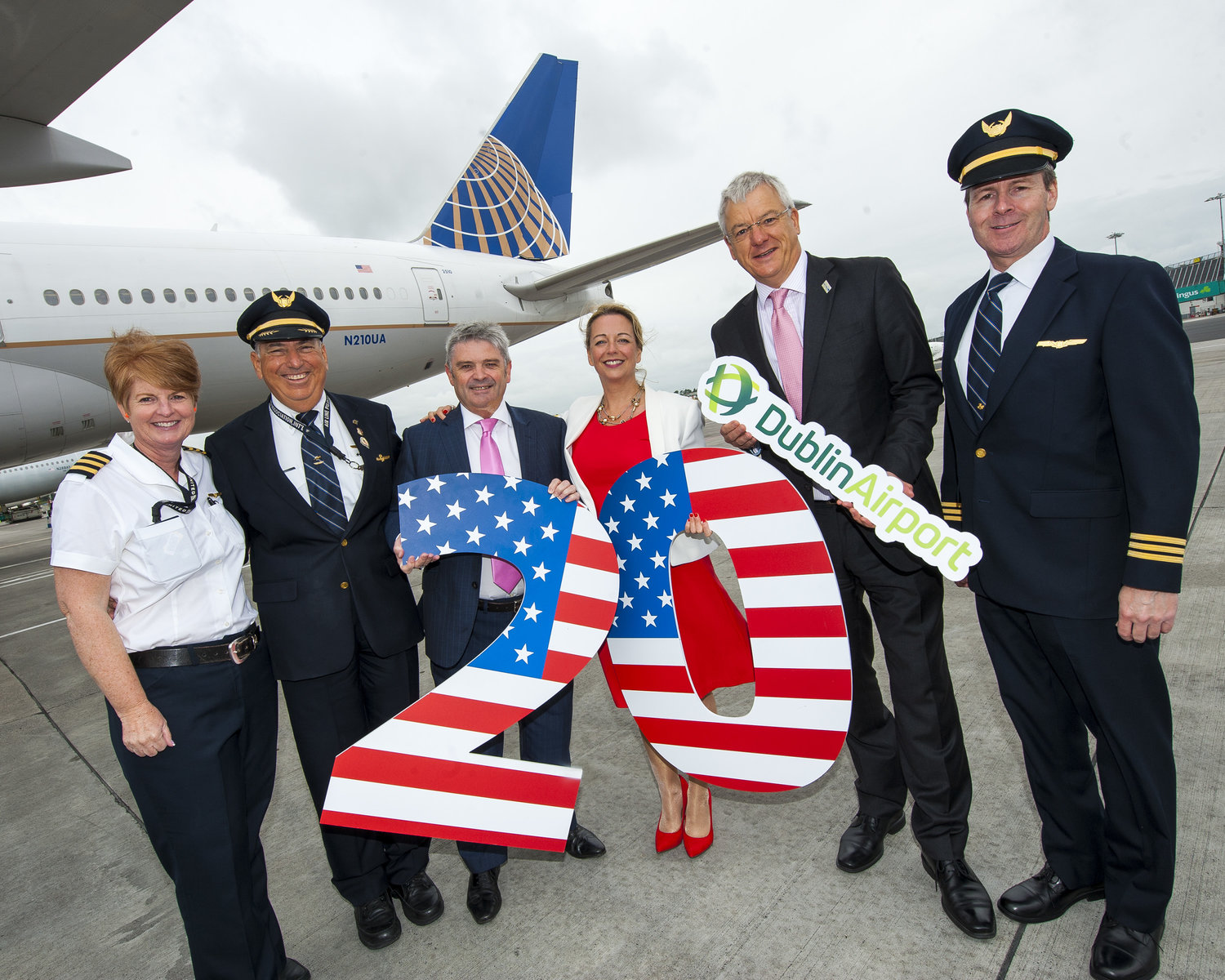 United Airlines continued its celebrations of its Irish services from Shannon and Dublin to Newark with a gate ceremony at Dublin Airport. The airline has carried over 2.7m passengers on 17,000 flights between the two cities over the past 20 years. Bob Schumacher, United Managing Director for Britain and Ireland; Martina Coogan, United Country Sales Manager Ireland; and Jon Woolf, SVP Aviation Business Development Dublin Airport, are pictured before the departure of United flight UA22 to Newark last week. Full story here.
The Commission for Aviation Regulation published its decision to provide an allowanceof €269.3m instead of the requested €284m for 23 capital projects in the Dublin Airport passenger terminals, on the apron, and on the airfield, collectively the Programme of Airport Campus Enhancement.
Datalex said it is targeting the Travel Loyalty market and it is confident it will again deliver double digit growth for the full year.
See also  Sligo Park Hotel becomes No.1 Sligo hotel on TripAdvisor 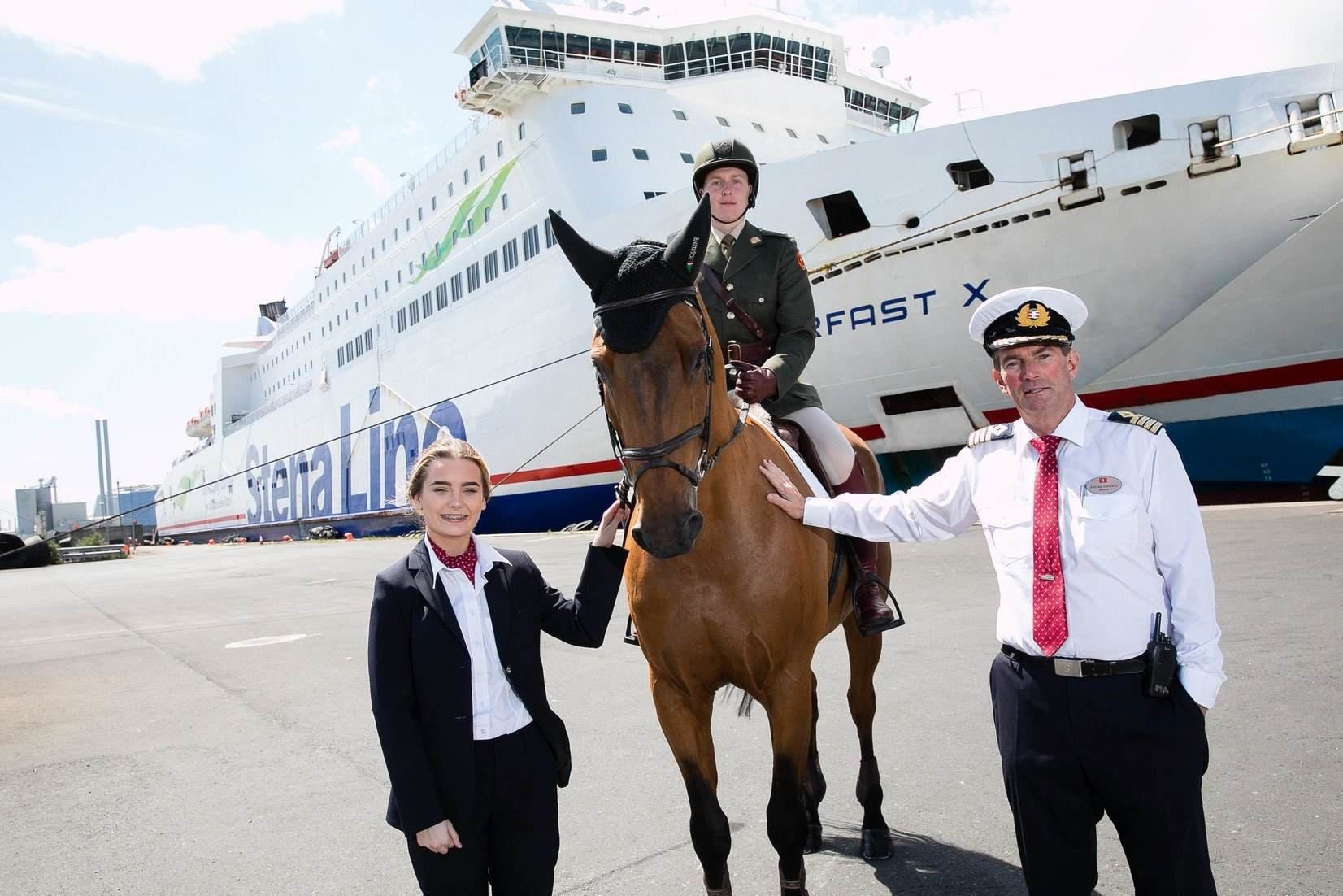 Stena Line is becoming the title sponsor of the Dublin Horse Show for the next two years. Caitlin Hyland, Customer Service Representative, Stena Line; Second Lieutenant James Whyte with Rolestown of the Irish Army Equitation School, McKee Barracks; and Captain Adrian Delaney, Senior Master, Stena Superfast X, are pictured at the announcement. Full story here
Limerick got an unexpected tourism boost this week, when the MS Deutschland was forced to dock at Foynes. The ship, carrying 500 passengers and 300 crew, had been  destined for Galway but was forced to divert to Foynes at short notice due to weather conditions.
Royal Caribbean Cruises is to acquire a 66.7% majority stake worth $2 billion in privately-owned ultra luxury line Silversea Cruises 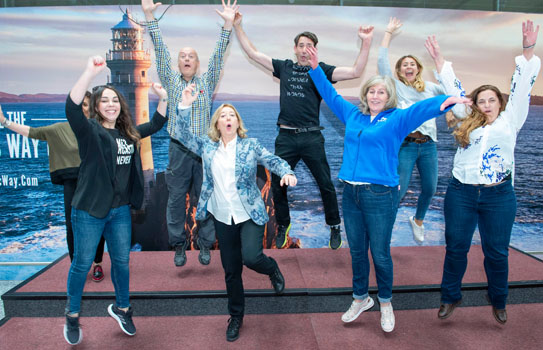 Senior management at Kerry County Council believe that the county should get more State funding. While Kerry’s population is just over 147,000, it hosts over two million visitors a year.
Belfast hosted major international business tourism event the Hosts Global Forum last week. Over 100 leading destination management companies and 100 top meeting and incentives buyers and planners attended the forum, held for the first time outside North America.
Titanic Belfast has partnered with the Belfast Titanic Society to mark the 100th anniversary of RMS Carpathia’s sinking next month. The ship, which rescued over 700 survivors from the Titanic, was sunk by a torpedo off the coast of Ireland.

See also  Join RTÉ lyric fm’s Marty Whelan for a night at the opera in Tuscany
The following two tabs change content below.