Toulouse airport was closed after disabled protesters stormed the runway in electric wheelchairs as part of the gilets jaunes protest. Watch here.

Aer Lingus is to bring back business class on routes including London, Paris, Amsterdam and Barcelona from autumn 2019 with eight of their 14 A321LRs to get a 16-170 configuration to maintain a “consistent through product for connecting passengers.” 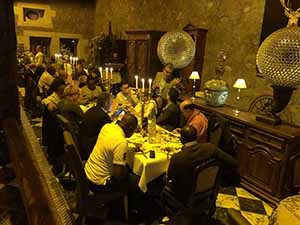 The Eu-261 regulation should be revisited and clarified, IATA CEO Alexandre de Juniac told aviation writers at the annual Global Media Day briefing in Geneva. He told Travel Extra that a multiplicity of contradictory court decisions in national courts and at European level on issues such as whether aillines subject to strike action were required to pay compensation was a concern to the international aviation group. De Juniac and his team briefed 111 invited aviation media at IATA’s European headquarters in Geneva on subjects such as Brexit, security, baggage and the new turbulence platform which IATA plans to introduce in 2020. Picture shows Alexandre de Juniac doing a walk around to tables during the gala dinner at Domaine de Plein-Vent in Geneva. 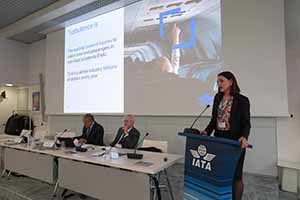 Aer Lingus is one of the first three airlines to agree to sharing information on turbulence for the platform. Picture shows Katya Vashchankova speaking about the new turbulence platform. Dubliner George Rooney was working at the event. See more pictures here or connect with the album on Facebook. Eoghan Corry spoke about the impact of Brexit on aviation on the RTE Marian Finucane show. Listen here. 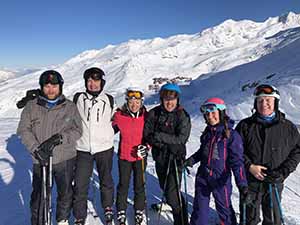 Chapolard updated the guests on developments such as Les Arcs Panorama, to open this weekend, which has ski-in/ski-out access, 433 rooms (Suite, Deluxe and Club levels), and three restaurants – including a new family restaurant concept, Bread & Co, Club Med plans to open a new Alpine ski resort annually. Clarisse also pointed out that the all-inclusive offering can bring savings of €1,000 per person during a busy period. Ski pass is covered in the Club med all inclusive price but not ski rental, The company is giving the Club Med Resort App new capabilities to allow guests to access information about sports, dining, activities and events. picture shows Des Manning of Manning Travel, Mark Clifford of O’Hanrahan Travel, Tanya Airey of Sunway, Philip Airey of Sunway, Clarisse Chapolard of Club Med, Martin Skelly of Navan Travel. Watch here video diary of the trip. See more pictures here or connect with the album on Facebook. 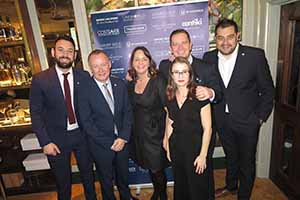 The Association of Women Travel Executives hosted 65 at their Christmas event, including 11 men. The association now has 99 members in Ireland. Dympna Crowley joined the committee. See pictures here or connect with the album on Facebook. 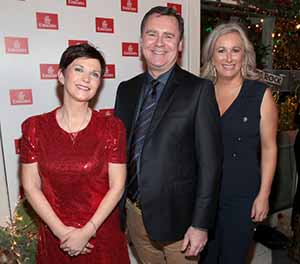 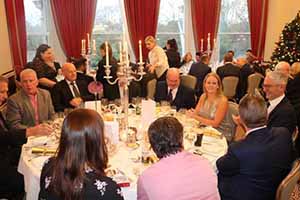 Star Alliance annual event for the trade at the Shelbourne Hotel was sponsored by Dublin and Shannon Airports. See more pictures here or connect with the album on Facebook.

Diane Poole of Stena Line along with Michael Rafferty and Lawrence Duffy of Duffy/Rafferty Communications hosted key Irish travel writers in Ely Bar & Brasserie in George’s Dock and updated them on developments for 2019. See more pictures here or connect with the album on Facebook. 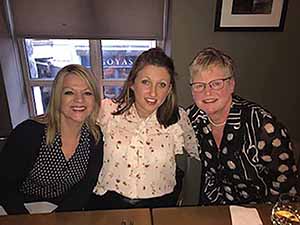 Turkish Airlines is running a staff incentive for any agent that issues a ticket with Turkish Airlines before January 18. with a departure period from December 20 until june 1 2019, to win two tickets to the Boyzone Farewell tour at the 3 Arena January 24 with access to the 1878 Lounge. Enter the competition here. 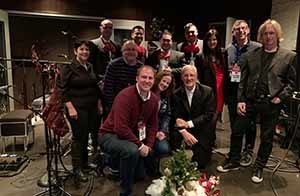 Ciara Foley of Platinum Travel attended the Travel South USA International Showcase in Nashville, Tennessee. She is pictured with James White of Tennessee Tourist Development and Richard Wimms of Vacations to America.

Norway opened eight visa centres throughout China with the intent of reducing travel times and facilitating the visa application processes.

The first P.F. Chang’s restaurant in Ireland is to open at Dundrum Town Centre in the last quarter of 2019, joining 300 restaurants in 25 countries. 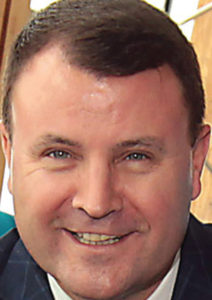 Following the Starwood security breach, Marriott is offering affected guests the opportunity to enroll in a personal information monitoring service free of charge for one year provided by Experian.

Hotelbeds predicted that the trend for intermediaries growing their share of hotel sales Vs the direct channel will continue into 2019 and beyond. Last year everyone was still assuming that the alternative accommodation sector would just keep growing exponentially. But this year has seen a massive slowdown in growth and we expect that to continue.

Aer Lingus are to increase Belfast City to Heathrow from 21w to 25w, switched from Cork, during June-August.

Ryanair received its 531st B737-800, of which 460 are in service with Ryanair or its Polish subsidiary Ryanair Sun. 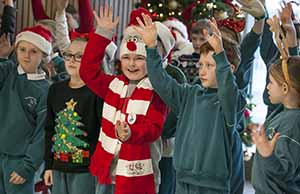 Ryanair has expanded its Ryanair Tickets service to include tickets for Spanish La Liga and Ligue 1 in France.  football and rugby matches will be available over the coming weeks.

Taking a leaf out of THAT Westjet video, Ryanair surprised passengers on their flight from Dublin to Barcelona with personalised Christmas gifts from its ‘Runway Retail’ inflight magazine

Dublin Airport installed a Schiller upright piano in the Arrivals Hall in Terminal 1 and have invited people of all ages and abilities to play. Dublin Airport is reminding passengers not to gift wrap Christmas presents if they are carrying them in hand luggage at the security screening area.

Wow will commence connecting Irish passengers from Dublin to Orlando, via Iceland on Tuesday next. 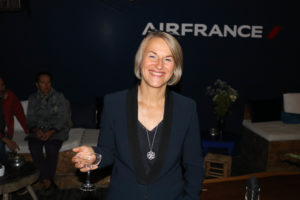 The much-delayed Irish Ferries WB Yeats is expected to depart Flensburg for Dublin this weekend.  Dublin-Cherbourg is due to start on March 12.

Speaking to Travel Extra at the margins of the Celebrity Edge naming cruise, Andy Harmar of ClIA’s London office said that CLIA intends holding an event for the Irish trade to boost cruise business out of Ireland in early 2019 although the nature of the event has not yet been decided. Next years Rivercruise conference is likely to return to France, although it is not certain it will be Paris. 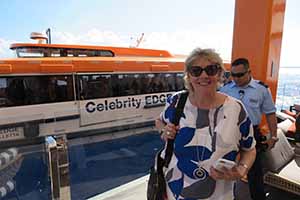 Monthly CSO figures show inbound tourism January to September are up 7pc, holiday visitors up 11pc, N America up 13.4pc (and 13.5pc in spend), Europe up 9pc, Britain up 1pc and spend down 1pc. 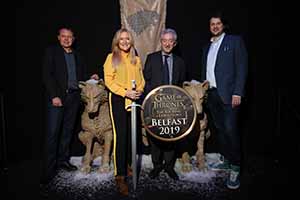 Tourism Ireland fill your heart with Ireland marketing campaign for 2019 anticipates a 5pc air capacity increase and noted there were 90,000 Chinese arrivals via Stena to Giant’s Causeway in 2018

Niall Gibbons of Tourism Ireland said inbound tourism spend will be up 6pc in 2018 to €6.5bn and visitor numbers of 11.67m. 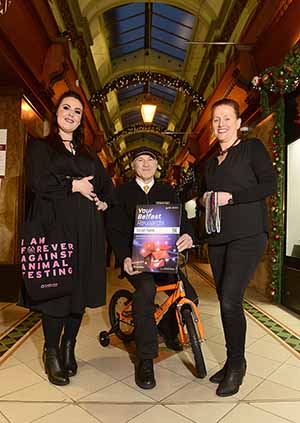 Belfast Rewards’ app is offering hundreds of prizes to shoppers in the city centre this Christmas, counteracting as drop in footfall as a result of the Bank Buildings fire. A temporary walkway reconnecting Royal Avenue to Donegall Place is now open in the city centre and over the weekend Primark opened on Castle Street as well as department store Guineys in the former BHS premises on Castle Place. Argento, Spar, DV8, Skechers and McDonald’s are also now open again. 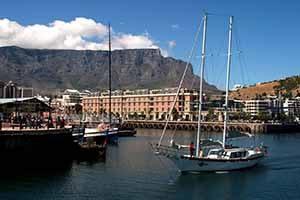 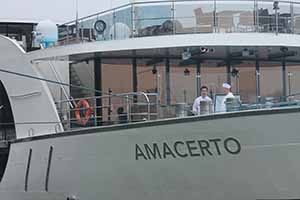 Topflight offers: The 12 Days of Christmas campaign, which started on December 12 includes additional discounts, vouchers, offers on exclusive group ski trips and even half price lift passes available during the 12 days. See www.topflight.ie 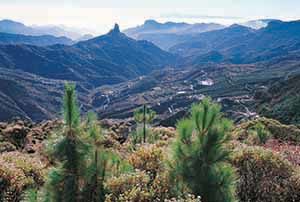