Trending
You are at:Home»Ireland inbound»Travelling around Ireland on the Emerald Pullman first-class train: Day 5 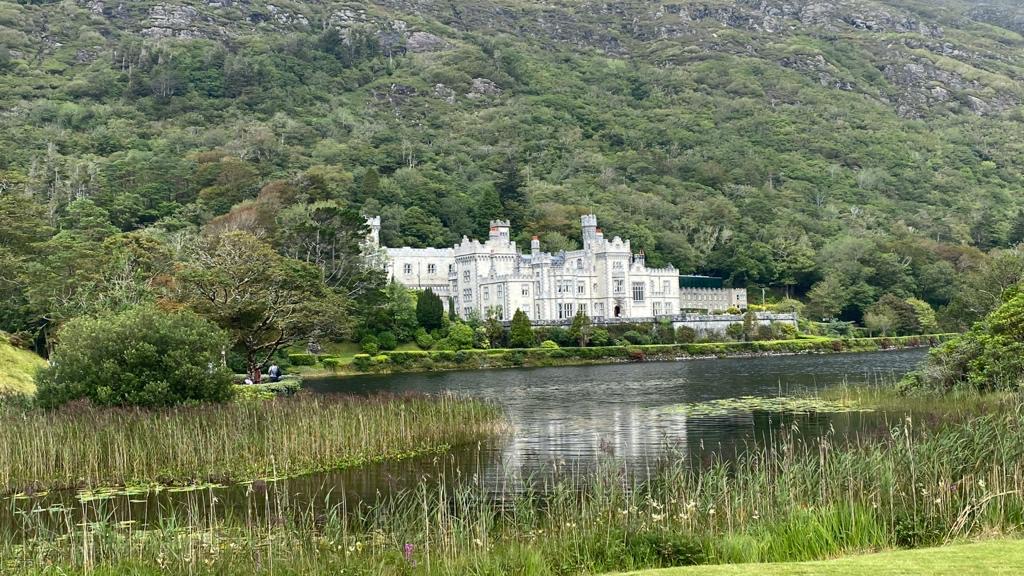 Here is Kevin’s report of Day 5: a tour of Connemara…

“We leave the Hardiman Hotel, in Eyre Square, the heart of Galway City. At 10am, our luxury coach departs from outside the hotel and heads out into Connemara passing through Moycullen, Oughterard, where we enter the magnificent region of Connemara. We pause at the Quiet Man Bridge, made famous by John Wayne and Barry Fitzgerald in the famous movie directed by John Ford and filmed in this area in the summer of 1951. I will definitely look up this film on my return!

“We stop at Maam Cross for a break and have an opportunity to visit the nearby Maam Cross station on the former Galway to Clifden railway line opened in 1895 and closed in 1935. The station is currently being restored as a heritage railway and Jim Deegan, our host from Railtours Ireland, gives me a personal tour of the project that is close to his heart – the restoration of this once vibrant station and line. A line, he tells me, that saw the Black & Tans and Padraig Pearse arrive (not at the same time, or for the same purpose!)

“We continue along the Maam Valley (Joyce Country) through the village of Maam Bridge and down to lovely Leenane at the head of Ireland’s only fjord, Killary Harbour. We look at the site where the Oscar-nominated film The Field was shot. After a stop here we continue on to Kylemore Abbey and Gardens where we have time for lunch.

“I spoke to Jessica Ridge, of Kylemore Abbey, who told me that the site is open for business and operating at around 30% capacity. So, if you want a less crowded experience, this is the time to ‘staycate’ in any one of Ireland’s amazing and iconic sites. We continue through the Kylemore Pass and loop around the spectacular Sky Road before a stop in Clifden, the capital of Connemara. We visited the site where Alcock and Brown landed the first ever trans-Atlantic plane crossing (they ended nose up in a bog!) next to Marconi’s site, where he transmitted the first radio signal. Who would have thought that a remote Irish bog would witness such historical events!

“We returned along the N59 back to Galway city after a day filled with the wonder of the Twelve Bens and the unique beauty of Connemara – which translated means “inlets of the sea.” Thanks to Jim Deegan for the wonderful commentary.”

Watch Kevin’s full report in the video below.

Visit railtoursireland.com for more information on how to book your own trip