Trending
You are at:Home»Aviation»Why Malta is the perfect destination to visit

After a recent press trip to the Mediterranean archipelago, travel writer Clodagh Dooley shares her discoveries, all you need to know about travelling, and the reasons you should visit Malta 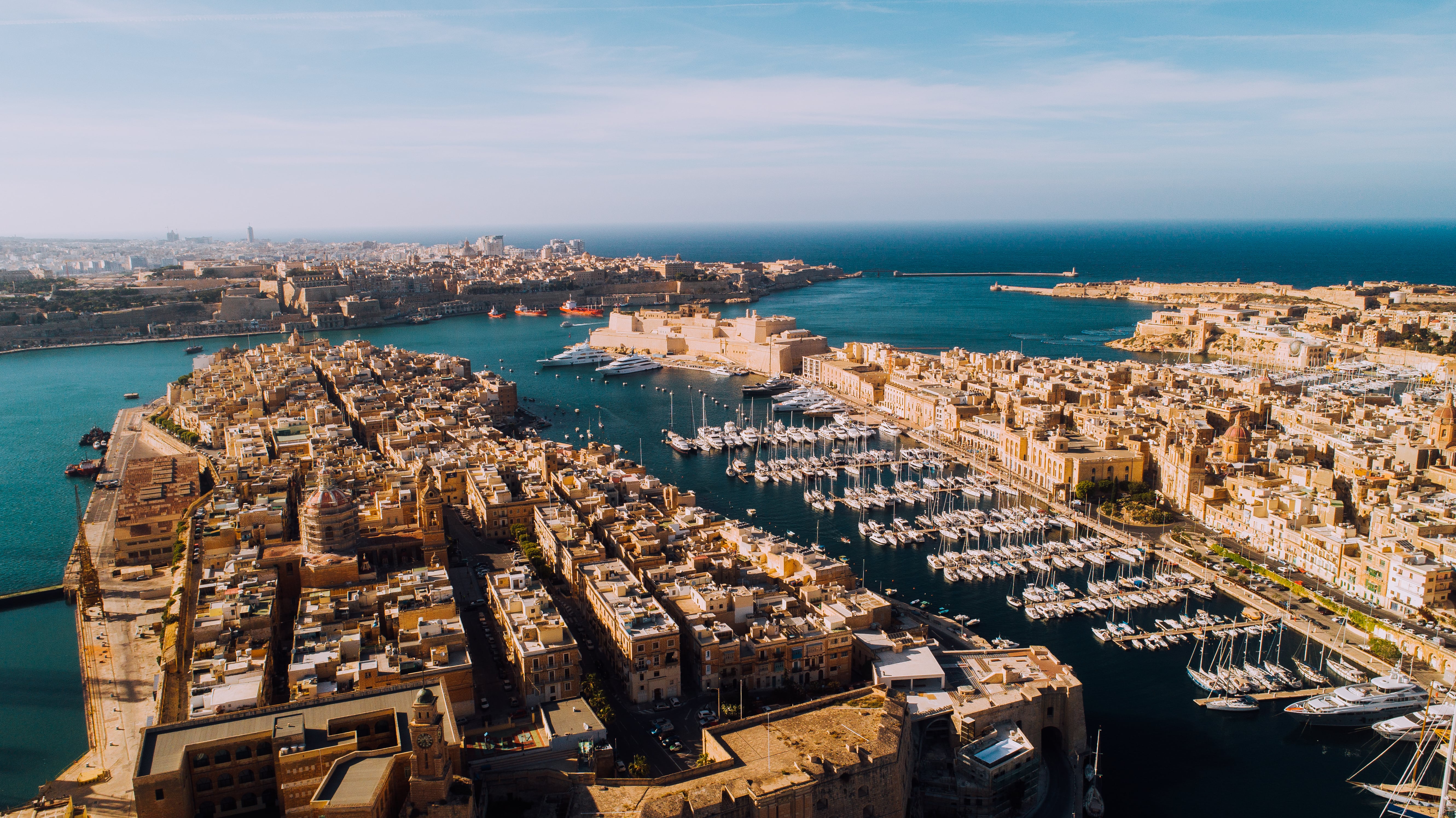 Stepping off the airplane, that familiar blast of warm air hit my face. I took a deep breath, and thought to myself how refreshing it already felt to be in a new location.

Of course, there were slight nerves about getting back into the airport and on a plane for the first time after a very long lockdown. But despite the extra bit of paperwork (which isn’t all that bad) and the fact that everyone was wearing masks, it felt as if it was only yesterday that I was in an airport!

And there’s no reason for people to feel unsafe, because the Maltese Government’s response to the Covid-19 pandemic was, in fact, praised by the World Health Organisation. Tolene van der Merwe, Director for the Malta Tourism Authority for the UK and Ireland, said to me, “We have seen such a great response from people keen to visit Malta since travel opened back up. Malta has one of the best vaccination rates in the EU, along with Ireland, and we are delighted to be in a position where people can feel reassured about travelling to Malta.”

Based in the Mediterranean, between Sicily and the North African coast, Malta is the largest of the three major islands that constitute the Maltese archipelago (Gozo and Comino are the other two islands). Malta is just a 3.5-hour flight with Ryanair from Dublin and Cork airports. For our four-day trip, myself and two fellow journalists flew into Malta International Airport from Dublin.

Currently when travelling to Malta, along with your passport, anyone aged 12 and over needs to present their EU Digital Cert to prove that they are fully vaccinated. There’s also a Passenger Locator form that has to be filled out both online (linked here) and a hard copy (linked here), which needs to be given to the staff at arrival at Malta International Airport. But once you have this hard-copy form ready in advance, it should be a seamless journey through the airport, as the whole process is run very well. You will also need to fill out the form on return to Dublin.

While we arrived late into the airport on a Monday night, one benefit was that we didn’t have to face into a long journey to get to our accommodation, the Hilton Malta in St Julian’s. It was only approximately a 20-minute drive from the airport in our car transfer. What’s great about Malta is that, because the main island is one of the smallest countries in the world (with a population of about 515,000), everything is so easily accessible. Vehicles also drive on the same side of the road as we do in Ireland and the UK, which means it’s not as nerve-wracking to hire your own car to explore. Many visitors to the island do this. 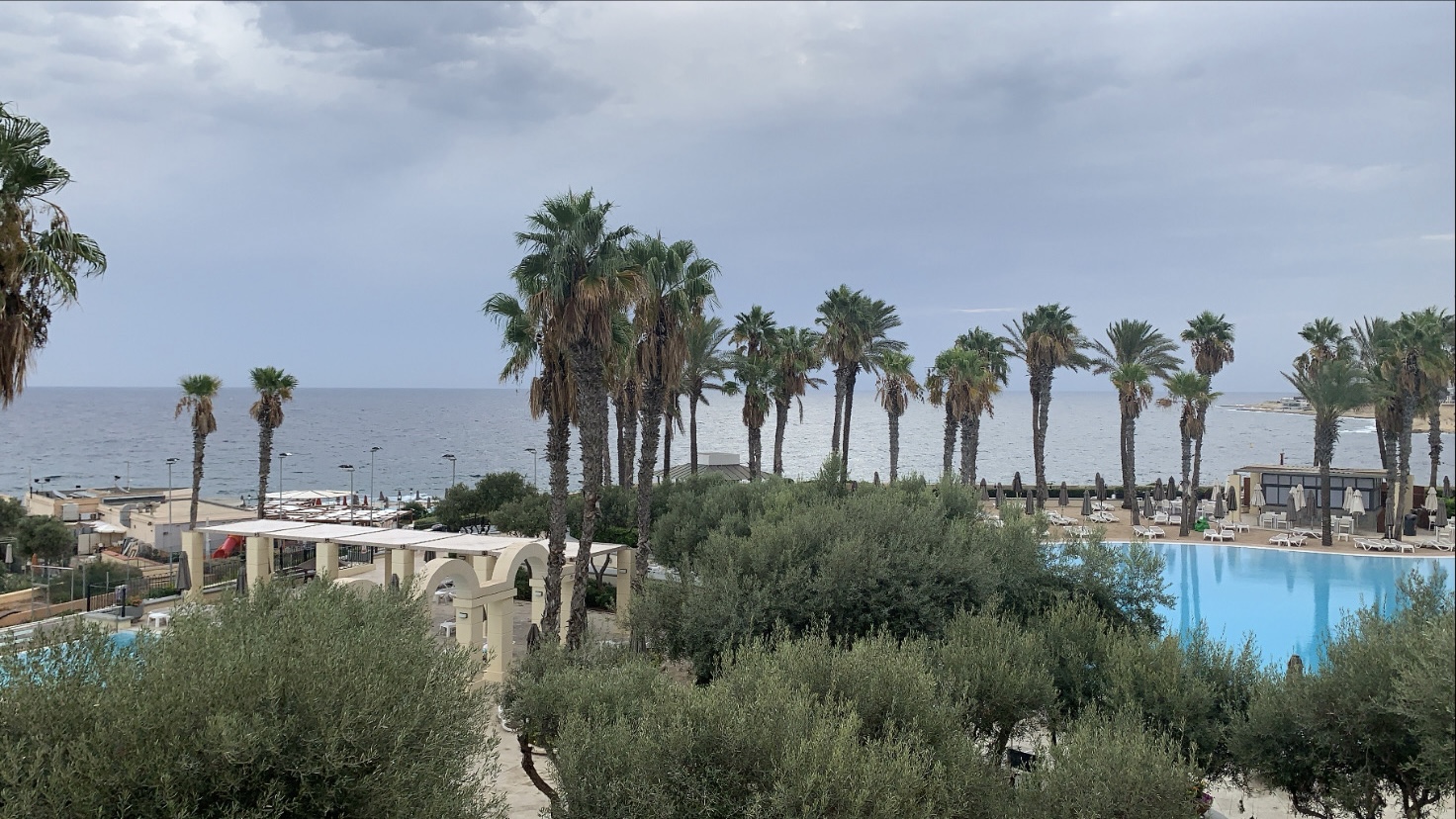 Sea views from the Hilton Malta

Our accommodation for the four nights was at the 5-Star Hilton Malta in St Julian’s and what a fab, luxurious hotel this is. Located in Portomaso, the Hilton Malta has views of the marina, which is filled with yachts on one side of the hotel, then from the back of the hotel, there are outstanding sea views. 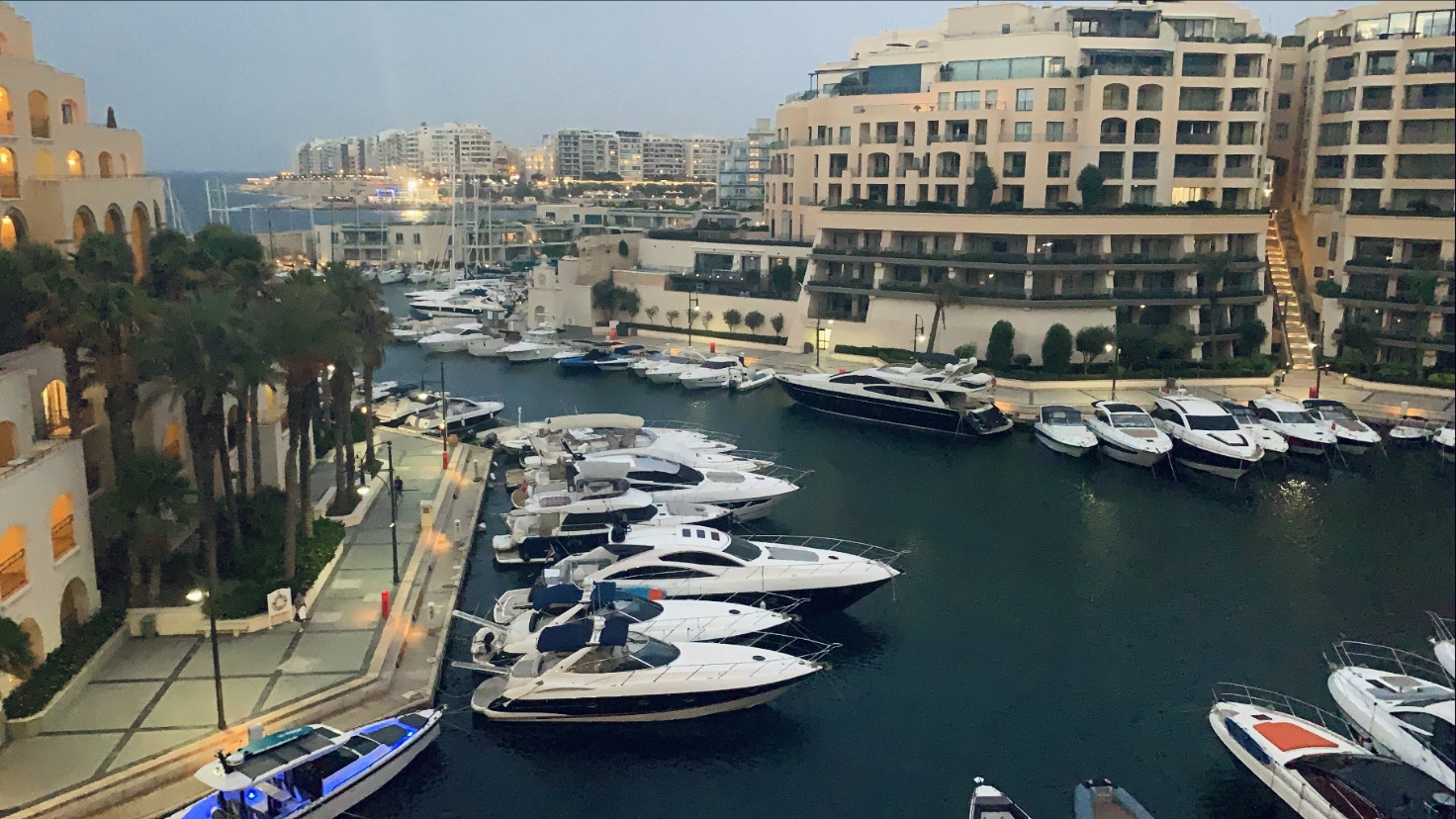 The hotel’s elegant Quarterdeck Bar ideally overlooks the marina, while their Oceana Restaurant is at the back of the hotel overlooking the sea and the hotel’s pools, of which there are five! Unsurprisingly, the Oceana Restaurant was the perfect venue for breakfast every morning, and there was a variety of options to choose from at the buffet – fry-ups, pancakes, fresh fruit, cappuccinos, iced coffee, you name it. We also ate dinner at the hotel’s Blue Elephant restaurant one evening. This restaurant is uniquely decorated like a Thai village, with huts, a waterfall and fish swimming around in a pond, and the authentic Thai dishes were divine.

As for the room I was staying in, there were two king-sized beds, perfect for families or friends, and gorgeous sea views from the balcony. I love nothing more than a room with a balcony and spectacular sea views, and this room definitely impressed! I’d highly recommend a stay in the Hilton Malta for its friendly hospitality, its setting and beautiful interiors alone. But a bonus is the fact that it is situated in the heart of St Julian’s, which has a bustling atmosphere, with plenty of bars and eateries. There’s a supermarket just around the corner and Bay Street Shopping Complex is also just a 10-minute walk away.

Across the four days, we managed to fit in so many activities and attractions, and we were told on leaving that there was still so much more we could explore! To truly immerse yourself in the culture of Malta, I am going to share the main highlights of the trip:

So, that’s my lowdown on the highlights of my Malta trip, but there are many, many more incredible sights to explore that will also appeal to all ages and interests.

You can get around Malta by bus, car hire or taxi – check out this link for more information on transport around Malta. Or, check out Zarb Coaches, which provided a convenient chauffeur service for us for the duration of our trip. Special mention to our tour guides on the trip, Darrell Azzopardi and Nikola Soukmandjiev, who brought us to all the hidden gems, showing us the true beauty and culture of Malta.

Malta also has the advantages of having a warm climate year-round (but a little cooler in January and February), as well as having a warm, friendly culture.

As Tolene van der Merwe, Director for the Malta Tourism Authority for the UK and Ireland, said to me, “There is no reason not to visit the beautiful island, where you can experience the thrill of an action-packed vacation or just savour the simple pleasures of relaxation. All in a safe and tranquil environment that we are very proud of.”