Trending
You are at:Home»Aviation»24.2m used Dublin Airport so far this year with latest record month

More than 2.9m passed through Dublin Airport last month, a 7pc increase on last year, making it the busiest September in the airport’s 78-year history. 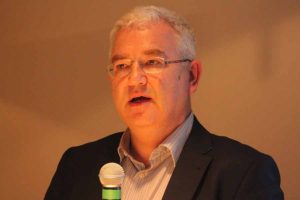 Transatlantic traffic to North America increased by 13pc in September, as almost 426,000 passengers travelled on this route sector last month.

Almost 90,000 passengers travelled to the Middle East, North Africa and Asia Pacific region, an increase of 18pc on 2017.

And the number of passengers taking domestic flights increased by 24pc, with more than 9,300 people travelling last month.

So far this year, the number of passengers using Dublin Airport as a hub to connect to other destinations has increased by 18pc, with almost 1.4m passengers connecting between January and September.