Trending
You are at:Home»Ireland inbound»Dublin Bus strikes planned for Thursday and Friday 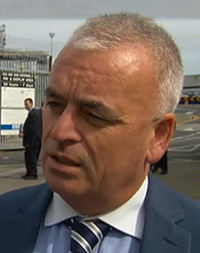 Dublin Bus workers are to go on strike Thursday and Friday, in the first two of six strikes planned for this month. The estimated 400,000 daily users of Dublin Bus services will have to make alternative arrangements which may put strain on rail and Luas services, and increased traffic is expected.

Dublin Bus workers want their pay to be brought into line with Luas workers, seeking a 15pc pay increase over three years, and a 6pc rise that they say was agreed in 2009 but has not yet been implemented. Dublin Bus instead offered a 2.75pc increase per year for three years, for a total of 8.25pc, in line with the Labour Court’s decision in July. Dublin Bus management and the joint Trade Union group met to discuss the Labour Court recommendation on Friday but were unable to come to an agreement.

Dermot O’Leary, the General Secretary of the National Bus and Rail Union said: “The NBRU is committed to finding a resolution to this pay dispute in the interests of staff and commuters alike. The one common thread across all industrial relations disputes is that they are ultimately resolved, however it takes more than the committment of one party to effect an agreement. Shirking responsibility or remaining aloof is not conducive to settling this dispute. The onus is now on the shareholder to unshackle the restraints on Dublin Bus and allow it the opportunity to work with its staff towards finding a solution.”