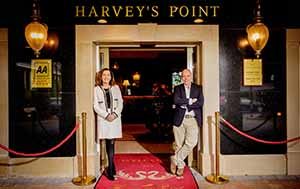 Harvey’s Point has been sold by hoteliers Deirdre McGlone and Marc Gysling to Davy Real Estate, which is planning to continue to invest in the hotel.

Davy Real Estate has significant interests in a number of hotels in Ireland. Tom Barrett of Savills has managed the off-market sale of the hotel.

The sale comes thirty years after the family opened the hotel on the lakes of Lough Eske, outside Donegal town. The couple have made the decision in order to spend more time with their young family.

Harvey’s Point has a team of 150 people and is one of the biggest employers in the region. The hotel is open year round and has developed a reputation for the domestic and overseas markets as well as weddings, conferences and events. 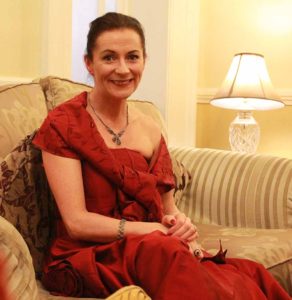 Located 6km from Donegal town on the shores of Lough Eske, at the foot of the Blue Stack Mountains, the luxury 4 star hotel comprises a total of 77 bedrooms, bar, restaurant, extensive lounge and conference and banqueting facilities. Additions in recent years include the Garden Suite, The Lodge and Harvey’s Bar & Terrace.

See also  The Holiday World Shows are back!

Harvey’s Point has been named TripAdvisor ‘No 1 Hotel in Ireland’ for six of the past seven years and 12th best hotel in Europe, an AA two rosette restaurant and AA Red Star.

Deirdre McGlone, said: “This is a life-changing, lifestyle choice for us as a family. Marc and I want to spend more time with each other and with our three teenage children. Life is for living. We have spent an immensely enjoyable 30 years at Harvey’s Point and it has been an amazing journey. 2019 is a milestone year for the hotel and a year of celebrations is planned. However, the time has come for someone else to write the next chapter of the Harvey’s Point story.”

Marc Gysling said: “The new owner is highly experienced in the international luxury hotel and travel market and has exciting plans for the expansion of the hotel, working alongside the current experienced and loyal team. So, while there is a change of ownership, there will be no change with the overall experience that people have come to love at Harvey’s Point. Led by General Manager Noel Cunningham and Financial Controller Michael Cullinan, the hotel will continue to aspire to the highest standards of excellence in hotel-keeping and hospitality.”

General Manager Noel Cunningham said: “I have been part of the Harvey’s Point family for almost ten years and have loved working with Marc and Deirdre – and the whole team. During this time, I have become synonymous with the brand and, of course, brand Donegal. While we will sorely miss Marc and Deirdre, I look forward to leading our amazing team towards the next chapter of the Harvey’s Point story and to building on our success to date in terms of standards of customer care and service. I would like to thank Marc and Deirdre for everything down through the years and to wish them all the best for their future.”

Below are extracts from a wide ranging interview Deirdre McGlone gave to Travel Extra in 2013. She starts by saying how the owners were surprised by the success of the hotel: