Trending
You are at:Home»Aviation»Exclusive: Boost for Irish tourism and airlines as Ireland brings in visa-free travel for UAE citizens

Tourism Ireland is to actively target the Emirati market this year after Justice Minister Charlie Flanagan announced the lifting of the visa requirement for citizens of the UAE travelling to Ireland.
The move, which comes into effect on January 31, brings Ireland into line with Britain, which has attracted substantial inbound tourism from the region. It’s also a boost for UAE carriers Etihad and Emirates which both fly double daily from Dublin to Abu Dhabi and Dubai respectively.
Tourism Ireland CEO Niall Gibbons told Travel Extra that “this is terrific news because it makes ease of travel much better. In the context of market diversification it ticks every box for us. We have a marketing campaign around the actual visa in the region and we’re working  very closely with the ambassador on the ground out there”.
Tourism Ireland will also be meeting  with local tour operators and airlines to bring in more tourists from the region, with Ireland currently attracting around 50,000 Emiratis per year.
Mr Gibbons said the feedback from those who have travelled here to date “has been really positive”. Britain has been successful in attracting holidaymakers who want to escape the harsh summers of the Gulf region, and look to cooler climates for their holidays.
Emirates’ Ireland Country Manager, Enda Corneille, said it’s “great news” for the airline, and added that “you don’t want any [visa]blockages – you’ve got the flights, you’ve got the great climate, you’ve got English spoken. Culturally it’s very similar – we’re very family orientated, the UAE Emiratis are very family orientated as well.” 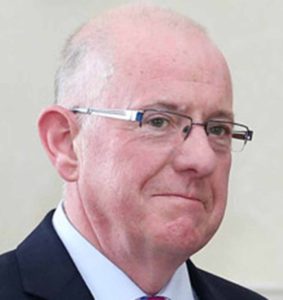 He added that the removal of visas will “add to traffic and we’ve got 720 seats per day from Dubai into Dublin so there’s plenty of capacity”.
Minister Flanagan, who led a trade mission to United Arab Emirates as Minister for Foreign Affairs and Trade, said the move is a very significant step which will facilitate Ireland’s growing trade, tourism and business relationships with the UAE.
He added: “As Minister for Foreign Affairs and Trade, I led a trade mission to UAE, made an official visit there and welcomed Sheikh Abdullah bin Zayed Al Nahyan to Dublin. Excellent air links between our two countries are facilitating growing partnerships in trade, education and tourism in particular. A large number of Irish citizens now live in the Emirates and many Irish companies are active on the ground where we have a busy Embassy promoting Irish interests.”
The Order – Immigration Act 2004 (Visas)(Amendment) Order 2018 – will come into effect on January 31, and the Department of Justice said that “from this date citizens of UAE, who are holders of a regular UAE passport and who are travelling to Ireland, will no longer have to obtain a visa prior to travel (the visa requirement for diplomatic and special passport holders was previously lifted in 2015).”
The Department of Justice and Equality opened a regional Visa Office in the Embassy in Abu Dhabi in 2010, as a hub for visa applications from 15 countries. UAE residents are the second largest group of Middle East-based recipients of Irish visas – behind those resident in Saudi.
Tourism Ireland states that in 2016 there were almost 80,000 visitors to Ireland from the Gulf region and 50,000 of these were from UAE, making it by far our largest tourism market in the region. Irish citizens travelling to the UAE number approximately 40,000 per year. In addition, there are approximately 10,000 Irish citizens registered with the UAE authorities as residing there. It is by some distance the largest Irish community in the Middle East.
The following two tabs change content below.