Trending
You are at:Home»Aviation»British Airways brings 99-year-old back to Ireland to celebrate turning 100 together in 2019 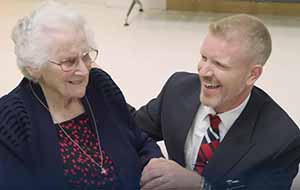 British Airways celebrated its birthday by offering flights to Mary Parsons, a fellow 99-year-old originally from Monaghan but living in Malvern in Worcestershire.

Mary turns 100 years old on January 1, 2019, the same year that the airline also celebrates its centenary. British Airways ambassador, Derek Tennant, surprised Mary at her ‘Friends of the Elderly’ care home in Davenham and revealed that he was taking her to Belfast to see her family. 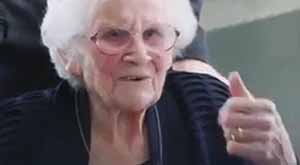 Mary grew up in Monaghan and left when she was 18-years-old to move to England and become a nurse. She was given the VIP treatment by Derek and accompanied every step of the way by her carer, Ellie Bannister, Mary was met at the airport by her nephew Ciaran and his wife Noelle, and niece Margaret and her husband Anthony, before spending the weekend in Belfast.

Mary said: “British Airways treated me like royalty throughout the whole journey and then meeting my family after all this time was the icing on the cake! It was fantastic to see them all again – we shared wonderful memories together and it was like a trip down memory lane. I never thought I would get to do this aged 99 but it just shows that anything is possible!”

Ellen Bannister, Mary’s carer of six years, said: “It was really emotional watching Mary meet her family again. You could just tell by their expressions that they were delighted to see her, and they just couldn’t believe that she had flown over to meet them! They shared photos and exchanged memories, it was a beautiful day. British Airways were fantastic, and they made Mary feel incredibly special.”