Trending
You are at:Home»Aviation»Ireland West expects 10pc jump in passengers to 20,000 over weekend

A total of 20,000 passengers are expected to pass through Ireland West Airport over the June bank holiday weekend with passenger numbers to be up by almost 10pc versus the same period last year.

The airport at Knock said it’s “shaping up to be the busiest June bank holiday in the airport’s history”. 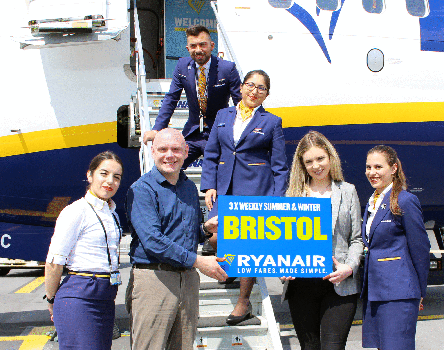 Over 100 flights are expected to arrive and depart over the coming days with the summer 2018 schedule under way, offering over 180 weekly flights to and from 24 international destinations, with over half a million seats available this summer, to and from the airport. Knockis served by such airlines as Aer Lingus, Flybe and Ryanair.
See also  Shannon Airport to kickstart the launch of its summer schedule

Donal Healy, Head of Marketing, Ireland West Airport said: “This weekend also sees the return of our popular sun services to the likes of Milan, Barcelona and Alicante with Ryanair and later this month we welcome the start of TUI’s new weekly service to Majorca which augurs well for what we expect to be the busiest summer period on record at the airport.

“This is a further vote of confidence for the choice of destinations, enhanced flight schedules and the general convenience and value for money the airport offers combined with the popularity of the airport as a major gateway for the Wild Atlantic Way.”