Trending
You are at:Home»Aviation»Stobart versus Stobart as airport launches Ryanair service from Dublin to Southend

Stobart Air, one of the companies in the Stobart Group, operates the route on behalf of Flybe, but will face competition next April, with Ryanair offering a double daily service, the first new route of its Summer 2019 schedule. 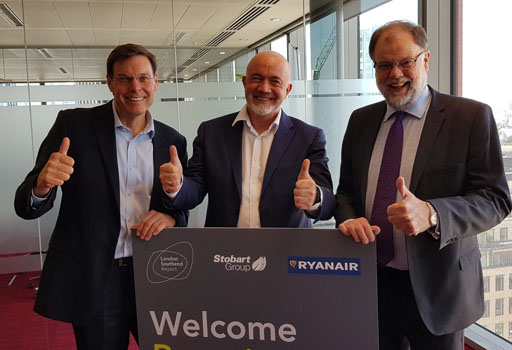 “Ryanair is pleased to announce a new Dublin to London Southend route commencing in April 2019, which will operate twice daily as part of our Summer 2019 schedule, our fourth Dublin-London service following Gatwick, Luton and Stansted. Customers can now book 15 Dublin 2019 routes out as far as October 2019, with our full Summer 2019 schedule set to go on sale in the autumn,” said Ryanair spokesman Robin Kiely.