Laudamotion, majority-controlled by Ryanair since August, has launched its Dublin-Vienna service.

The airline, which focuses on European city shuttle routes from Vienna, is 75pc-owned by Ryanair, with former Formula 1 racing driver Niki Lauda still having a minority shareholding. 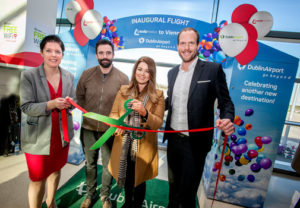 Flights between the capitals are bookable on ryanair.com, and the service will be using Airbus A320 aircraft on the year-round service.

Laudamotion’s Managing Director Andreas Gruber said “Laudamotion’s new route between Dublin and Vienna will increase the connectivity between the Ireland and the Austrian capital significant.”