Trending
You are at:Home»Aviation»No rise in traffic as Aviation Authority expects to handle 1.15m flights this year

The Irish Aviation Authority predicts it will handle over 1.15m flights this year – unchanged on last year, but up 3pc on 2016’s figures.

Commercial daily movements (all international arrival and departure flights) rose at Dublin and Cork, with Shannon the only major airport showing a decrease, falling 3.8pc. 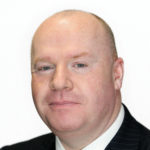 IAA Chief Executive, Peter Kearney said; “These figures show how aviation continues to open Ireland up to the world. The management of air traffic growth is a key driver for our economy, and innovation and efficiency underpin everything we do at the IAA. The new IAA air traffic control tower currently under construction at Dublin airport is a prime example of this. Projects like this will further improve our service excellence to customers and passengers.”

The IAA also said that total flights handled for November 2018 amounted to 83,362 movements, making it the busiest-ever November in Ireland’s history. The November figures were up slightly – 0.5pc – on November 2017.

During that month, an air traffic control outage at Dublin Airport – lasting for an hour and 15 minutes – affected 50 flights. A month earlier, a technical issue at Shannon and Cork temporarily shut down both airports.

There were 24,526 overflight traffic movements and 36,775 North Atlantic Communications flights during November 2018.

The IAA also provide services to 90pc of all traffic that transits between Europe and North America.