Ryanair has announced it’s to order 25 more Boeing 737 MAX 200 “Gamechanger” aircraft, bringing its total firm orders for this aircraft to 135, the first of which come onstream in the first half of 2019.

The aircraft, which are valued at more than $3bn at current list prices, increase Ryanair’s total orders to more than 650 Boeing 737’s since first partnering with Boeing in 1994, and allows Ryanair to grow its traffic to 200m customers a year by 2024. 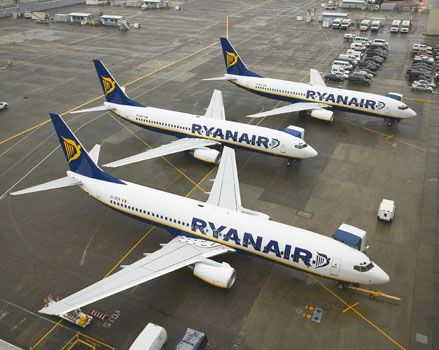 Ryanair currently operates an all-Boeing fleet, with an average age of six and a half years. The new aircraft will reduce fuel consumption by up to 16pc and reduce noise emissions by 40pc, while offering 4pc more seats per flights (197 v 189).

Ryanair’s Chief Financial Officer Neil Sorahan said: “We are pleased to exercise 25 Boeing 737 “Gamechanger” options, bringing our firm orders to 135 737-MAX-200’s with a further 75 options remaining. The Gamechanger has eight more seats than our current 189 seat Boeing 737-800NG and incorporates the latest technology engines and winglets which will reduce fuel consumption and noise emissions.”