Trending
You are at:Home»Aviation»Ryanair reports 2583pc jump in flight cancellations due to air traffic controllers' strikes and staff issues

Ryanair reports that flight cancellations caused by air traffic controller strikes jumped 2583pc last month compared to June 2017.
The airline said that ATC strikes and staff shortages caused over 1,100 flight cancellations in June compared to just 41 in June 2017. It has recently joined forces with Willie Walsh’s IAG to put pressure on the European Commission to find a solution to the situation. 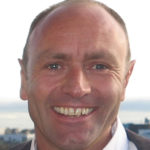 But its overall traffic grew 7pc to 12.6m customers from 11.8m passengers in June 2017. The airline added that rolling annual traffic to June grew 7pc to 132.9m customers, while load factor was unchanged on last June.
“Our load factor remained strong at 96pc, on the back of lower fares,” said Ryanair’s Chief Marketing Officer, Kenny Jacobs.
“Regrettably over 210,000 Ryanair customers had their flights cancelled in June because of four weekends of ATC strikes and repeated UK, German and French ATC staff shortages. Ryanair calls for urgent action by the EU Commission and European governments to ameliorate the effect of ATC strikes and staff shortages in the UK, Germany and France from disrupting the travel plans of millions of Europe’s consumers this summer.”