Trending
You are at:Home»Aviation»United to launch summer season earlier from Dublin to Chicago

American carrier United is to extend its summer service between Dublin Airport and Chicago for the 2018 season. Daily seasonal services from Dublin to the Windy City begin earlier, on April 9, and will extend to October 26.

It’s one of a number of changes to its flight schedule and the airline will also be launching routes from Iceland to Newark (competing directly with low-cost carrier WOW); Porto to Newark, Edinburgh to Washington Dulles and Zurich to San Francisco. 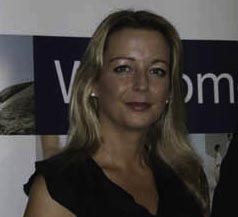 United launched the non-stop service from Dublin to Chicago in June 2015, and initially operated it until August 18 of that year.

United’s hometown hub, Chicago’s O’Hare International Airport is the world’s fifth busiest airport. United and United Express offer more flights out of O’Hare than any other airline with more than 500 daily flights to 148 airports across the UnitedStates including frequent daily services to top business travel markets in New York, Los Angeles, San Francisco, Denver and Houston.
United’s new Ireland Manager, Martina Coogan, takes up her role at the airline on September 26.
The following two tabs change content below.