Trending
You are at:Home»Aviation»Wow air grounds fleet as investment options run out

Dublin flight WW853@10.45 to Keflavik is among the postponements as Wow air ceased operations and grounded all aircraft. WOW air operated services to 20 year round and 6 seasonal destinations.

Two aircraft were grounded by irish lessor BOC Aviation on Monday, one in Santa Clara, Cuba. and subsequently flown to Miami, and another at Montreal Pierre Elliott Trudeau Airport.

Recent talks with competitor Icelandair and investment firm Indigo Partners LLC both failed. The airport has been trying to establish a $160m debt to equity transformation. In italy said all of Thursday’s flights were cancelled “until documentation with all parties involved have been finalised” before cancelling all fights.

Wow is sending passengers back to their travel agents for compensation: Passengers who bought their ticket from a European travel agent (within the European Economic Area) as a part of a package tour (a package which includes flights and accommodation or other services) are protected by the Package Travel Directive. Those passengers are advised to contact their travel agent to arrange an alternative flight.

Profitable until 2016, WOW Air posted a staggering loss $48m in the first half of 2018, awakening fears that the airline might not survive a winter that has claimed Germania and Flybmi.

Wow Air operates 11 aircraft, including one Airbus A320neo, eight Airbus A321s and two A321neos, down from 20 in November. TF-CAT and TF-DOG are leased from Sky Aviation Leasing based on St Stephen’s Green, TF-NOW is leased from Hong Kong listed BOC Aviation’s Santry operation, and six are leased by ALC out of Los Angeles. Three leased A330s, two of them leased from Avolon-owned CIT, are in storage.

Apart from the two repossessed, one is in Ljubljana for maintenance and another
held at Keflavik by Isavia as collateral for a debt.

Skúli Mogensen wrote to employees: “I will never forgive myself for not acting sooner. Wow was clearly an incredible airline and we were on the path to do amazing things again.” 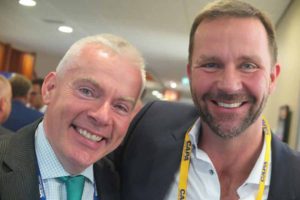 WOW AIR has ceased operation. All WOW AIR flights have been cancelled.

How will I reach my destination?

Passengers are advised to check available flights with other airlines.

Some airlines may offer flights at a reduced rate, so-called rescue fares, in light of the circumstances. Information on those airlines will be published, when it becomes available.

What are my rights?

Passengers whose ticket was paid with a credit card are advised to contact their credit card company to check whether a refund of the ticket cost will be issued.

Passengers who bought their ticket from a European travel agent (within the European Economic Area) as a part of a package tour (a package which includes flights and accommodation or other services) are protected by the Package Travel Directive. Those passengers are advised to contact their travel agent to arrange an alternative flight.

Passengers may also be entitled to compensation from WOW AIR, including in accordance with European regulation on Air Passenger Rights. In case of a bankruptcy, claims should be filed to the administrator / liquidator.

Where can I get up-to-date information?