Trending
You are at:Home»Travel Trade News»Claire Smith joins MSC sales team for north of Ireland after ‘best ever booking day’ in Ireland 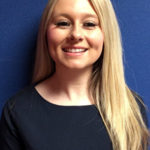 Since the arrival of Director of Sales Steve Williams from Royal Caribbean in October, the sales team has grown from six to 14, with these two new positions being the first ‘on the road’ roles for their respective areas.

Steve Williams said Smith has “an exceptional background in high street retail travel so will really understand the needs of our partners and work with them closely to grow their MSC cruise business”.

Antonio Paradiso, Managing Director for Ireland and Britain, said he sees “Ireland as one of the biggest opportunities globally for MSC and we now have a fantastic sales team in place to be able to educate the trade about what an amazing brand MSC is. We are now just 100 days from the launch of Meraviglia, the first of 11 smart ships on order and one of two new ship launches in 2017 alone.” Paradiso added that MSC has “experienced a record breaking WAVE promotional period in both Britain and Ireland”, with “our best ever booking day” in Ireland.