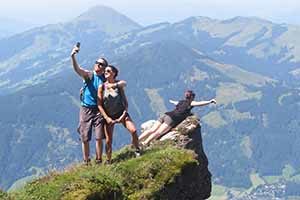 Research by the India Institute of Medical Sciences in Bhopal shows that 259 died worldwide taking selfies between October 2011 to November 2017.

The majority of selfie deaths occurred in India. Drowning, fire, transport, and falls from heights were the main cause of deaths. Other causes of deaths include animals and electrocution,  while there were 11 deaths from the use of firearms, mostly in the US. Mumbai has banned selfies from 16 areas, and the Indian state of Goa introduced no selfie zones to stop deaths and injuries along its coastline.

In 2011, there were just three deaths involving selfies, but the number rose to 50 in 2015, and 93 in 2017. Deaths so far this year include a 15-year-old Italian who died after he fell from the third floor of a shopping centre in Milan, an 18-year-old Israeli hiker died taking a selfie after he fell off a cliff at Yosemite National Park, a man who fell to his death at Pictured Rocks National Lakeshore in Michigan, an 18-year-old British tourist died after falling more than 30 feet from the edge of a cliff at Cape Solander, just south of Sydney, and a man in the Indian state of Odisha was mauled to death after he tried to take a picture with an injured bear in May.

The study suggests tourist destinations should set aside ‘no-selfie zones’ at ‘places such as water bodies, mountain peaks, and over tall buildings to decrease the incidence of selfie-related deaths’.

The findings were published in the July-August edition of the Journal of Family Medicine and Primary Care. Each year 24bn selfies are uploaded to Google and 1m selfies are clicked on each day by people aged between 18 and 24. 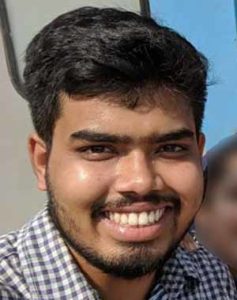 Agam Bansal of the India Institute of Medical Sciences

Lead researcher Agam Bansal of the India Institute of Medical Sciences in Bhopal said the average age of those who died was 23. “selfie deaths have become a major public health problem. What worries me the most is that it is a preventable cause of death. Taking a toll on these many numbers just because you want a perfect selfie because you want a lot of likes, shares on Facebook, Twitter or other social media, I don’t think this is worth compromising a life for such a thing. The most common drowning incidents include being washed away by waves on a beach, capsizing of boats while rowing, clicking selfies on shore while not knowing how to swim, or ignoring warnings. Transport was the second biggest killer with accidents due to clicking in front of a running train.”