It operates over 6,000 flights per year from Cork Airport with three aircraft based at the airport. Manchester is the largest Aer Lingus Regional route operating out of Cork Airport with up to three flights per day. The airline expects to carry over 330,000 passengers on its Cork network in 2017, up 20pc on 2015. 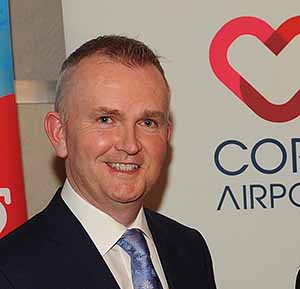 Ronan Whitty, Head of Revenue Management for Stobart Air, said: “Connecting Irish passengers to Irish destinations and beyond is our priority. We expect growth in 2017 and look forward to working with Cork Airport in the future to continually develop and grow our services from the airport.”

Kevin Cullinane, Head of Communications at Cork Airport, said: “We have an excellent working relationship with Stobart Air which has proven successful in strengthening both the success of Aer Lingus Regional brand while contributing to our ongoing growth at Cork Airport which is on track to increase its passenger numbers again this year, thanks to the addition of some fantastic new routes that are proving very popular.”

Aer Lingus Regional currently flies up to 620 flights per week across its 26 routes throughout Ireland, Britain and France. In 2016 it flew over 1.45m passengers.

Aer Lingus Regional flies up to 620 flights per week across 26 routes throughout Ireland, the UK and France.  The airline is operated by Stobart Air, as part of a franchise agreement with Ireland’s national carrier, Aer Lingus. In 2016 it flew over 1.45million passengers.

Stobart Air operates up to 860 flights weekly across 43 routes throughout 11 European countries from bases in the UK & Ireland.  Stobart Air operates under the Aer Lingus Regional brand as part of a franchise agreement with Ireland’s national carrier, Aer Lingus and operates Flybe routes from London Southend Airport, and the Isle of Man. The airline employs over 510 people.