Trending
You are at:Home»Aviation»Aeroflot to fly Dublin to Moscow Sheremetyevo nightly Oct 28 to Mar 30 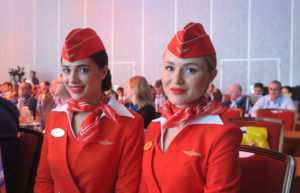 Aeroflot is to fly Dublin Moscow to Sheremetyevo each evening through winter from October 28 until March 30, 2019, using an Airbus A320 for the four hour flight.

Aeroflot previously served Dublin to Moscow between 1987 and 2003.  S7 has been operating a 1w mostly seasonal services to Moscow Domodedovo  since 2007.

Aeroflot  serves 146 destinations in 52 countries. Apart from Malta, Ireland is the only EU member without a regular Aeroflot flight from Moscow. Dublin Airport has flights to 195 destinations in 42 countries, operated by 56 airlines.

Aeroflot Dublin service commenced as a charter service, but with effect from May 21 1987 it started a scheduled service from Moscow, mostly using Tupolev Tu-154s and, occasionally, Tu-134s.

The service continued until September 13 1996 when it was suspended as part of a programme of cutbacks and resumed in summer 1997 using Tu-154s, and in the latter part of 1998 Boeing 737-400s were used on the service.

The route was discontinued at the end of the summer 2003 schedule and thereafter Aeroflot’s presence in Dublin was limited to a code-share arrangement with Shannon-based Irish carrier SkyNet,, which operated B737s Shannon-Dublin-Moscow from march 2003 to May 2004 when the aircraft were repossessed by the lessor. Aeroflot chose not to return to Dublin ending its irish connections.

Aeroflot regular transit operations at Shannon started in 1975 as charter, 1976 as scheduled and ended October 2002. There were occasional turnround local services, some designed to feed Aer Lingus transatlantic services.

There was a brief suspension for 60 days from September 15 1983 when the Garret FitgzGerald government protested over the Soviet shooting down of Korean Air flight 007, a B747, as it strayed into Soviet airspace near Sakhalin Island.

Ryanair is the designated Irish carrier to Moscow & St Petersburg since 2013. Michael O’Leary originally claimed the delay in launching the routes to Russia but criticism form both O’Leary and Kenny Jacobs has recently focussed on crew visas.

Dublin Airport Managing Director Vincent Harrison said: “42,000 passengers travelled between Dublin and Moscow last year on indirect flights so I have no doubt this new direct route will very popular in both directions,” 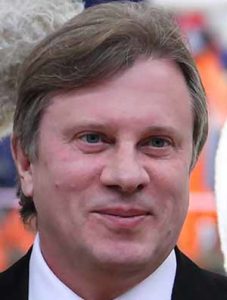 Vitaly Saveliev, Chief Executive of Aeroflot, said: “Aeroflot ranks as a leading global carrier and we continue to expand our international route network. This winter we will open new routes as well as increasing flight frequencies to popular destinations. We are pleased to offer travellers new international destinations as well as additional flights to popular tourist destinations, thus expanding travel options with Aeroflot for both business and leisure travellers.”