Trending
You are at:Home»Aviation»Authority reveals Dublin handled 85pc of Irish flights in record year for aviation

The Irish Aviation Authority‘s latest figures show that Dublin Airport handled almost 85pc of all air traffic movements in 2017. The news comes as the IAA said it has begun work on a new air traffic control tower at Dublin.

Peter Kearney, Chief Executive Designate of the IAA said; ““Ireland as an island nation is hugely dependent upon aviation. The IAA are proud to have delivered a safe service to well over 1m flights in 2017. Aviation has opened Ireland up to the world and management of air traffic growth is a key driver of our economy.” 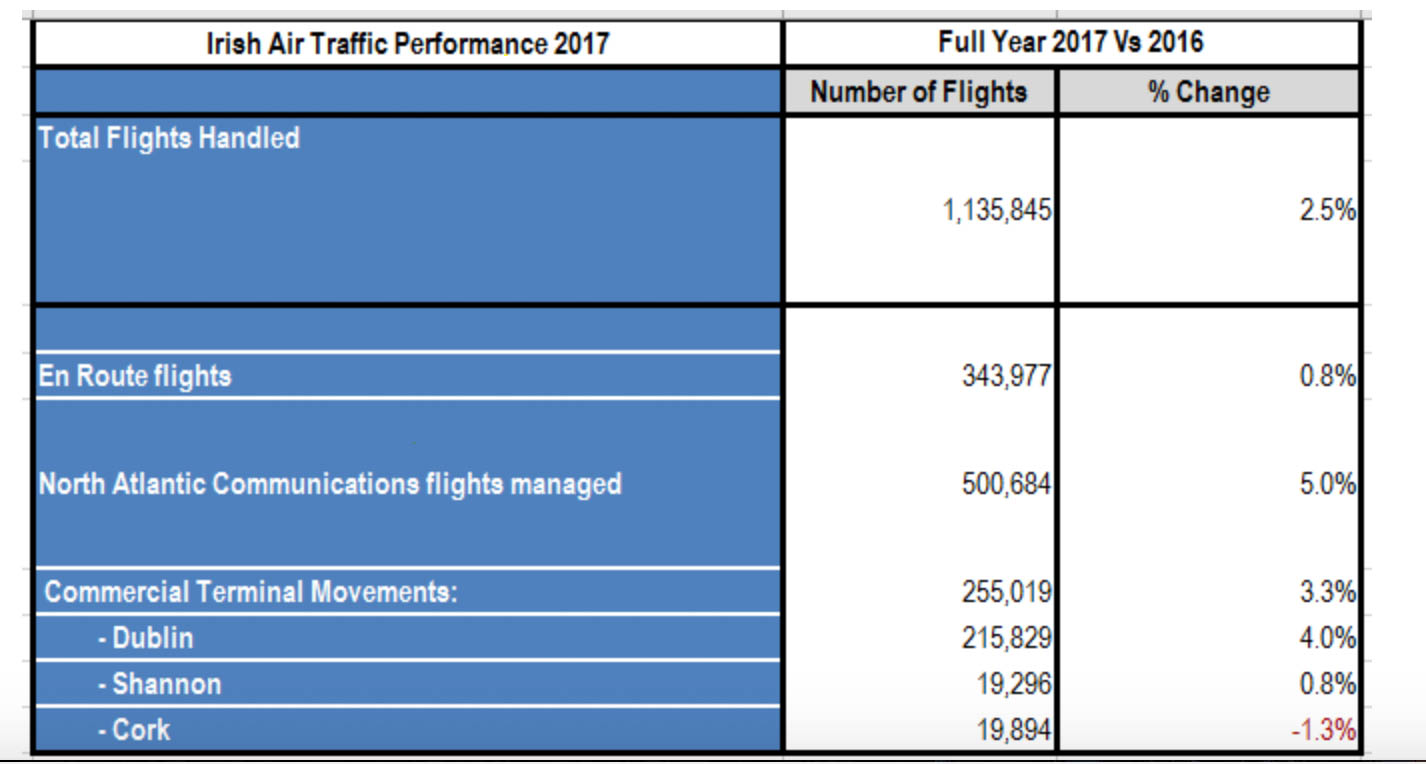 Mr Kearney added: “The IAA has also commenced work on the building of a New Air Traffic Control Tower at Dublin Airport. The new tower will facilitate DAA plans for a Northern parallel runway at Dublin and will be visible to all passengers travelling via Dublin from March 2018 onwards.”
See also  Air Canada welcomes the removal of pre-departure Covid-19 testing

Total flights handled include total commercial terminal movements (Dublin, Cork, Shannon), North Atlantic Communications flights (Europe /US Flights) managed and En Route flights (flights, which do not land in Ireland). Dublin had 215,829 out of the total of 255,019 aircraft movements last year – 84.6pc of all flights, with the remainder almost evenly divided between Shannon and Cork.