Beatrice Cosgrove is believed to be stepping down as Country Manager Ireland at Etihad Airways with immediate effect.
It is believed that a recent lunch for the trade in House in Dublin was her last official Irish engagement with the Abu Dhabi-based airline.
Etihad was unavailable for comment, but industry sources have been informed that the Irish operation will now be run from London, under British Sales Manager James Harrison. Under the move there would be just two Irish sales staff – one on the road and one in sales support – from the new year.
It is believed that the move – which will see the popular Cosgrove depart – is part of a streamlining exercise to cut costs across the airline’s global operations.
In 2010, the respected airline veteran, who succeeded Malaysia-bound Dave Walsh in the Irish role, was promoted to the new position of Area General Manager Northern Europe, responsible for Ireland, Germany, France, Belgium and Belarus. 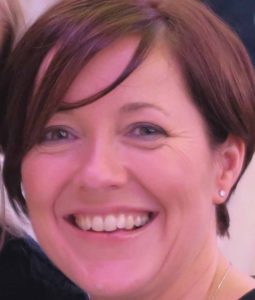 She has developed the airline’s partnerships to promote it in Ireland, notably in the area of the GAA All Ireland hurling championship. Last April Etihad brought back its double-daily service from Dublin to its Abu Dhabi hub, with 7,300 seats (up 15pc) available per week.
She began her aviation career with All Nippon Airways in Dublin, and after three years moved to Continental Airlines where she spend almost a decade as Ireland Sales Manager.
Her career with Etihad began by accident, as she had originally applied for a job with Bahrain-based Gulf Air in 2005. The job didn’t pan out, but her interviewer, then Chief Executive James Hogan, moved to Etihad and head-hunted the Mayo-born aviation specialist for the top Irish job with the airline.