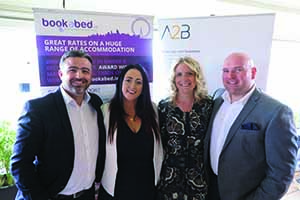 BookaBed appointed Emma Male to the role of Regional Sales Manager for the south of England. She previously worked with Bookabed’s partner A2B transfers.

Since being launched by Karl Tyrrell in 2005.  Since then it has grown to the largest bedbank in Ireland, currently employing 35 staff and has expanded its services into England, Australia and the USA, winning awards such as Best Accommodation Provider in 2011, 2012, 2013, 2014, 2016 and 2017 and Best Customer Service within the Irish Travel Industry in 2017.  Bookabed’s latest product offering is the “anywhere” search which allows agents to search European sun holiday and city break destinations under one search.

Colleen Butler has been promoted to Head of Product & Connectivity at Bookabed. 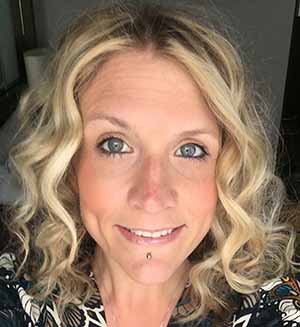 Karl Tyrrell, Managing Director. of Bookabed said: “Emma is joining us at the perfect time to help increase our distribution and to push our ever-increasing exclusive rates, direct contracts and connections to the major hotel chains to the trade”

Emma Male said:, “I am looking forward to helping the company grow further and bring in new business from key agents, using my years of experience and contacts.”