Trending
You are at:Home»Aviation»CAA wants to talk to ESA as Westminster published post-Brexit aviation wish-list 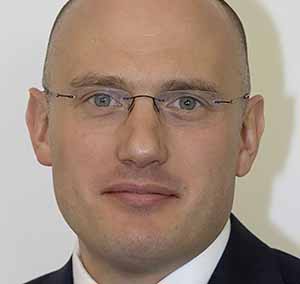 Richard Moriarty of the CAA

The London based  Civil Aviation Authority has appealed to EU authorities to lift a ban on talking directly to the European Aviation Safety Authority to resolve technical matters to help keep flights in the air after March.

The Westminster government issued detailed guidance Sept. 24 on what would happen if the London and EU fail to find common ground on Britain’s departure from the organisation. Fears have been expressed in some quarters that this could lead to a grounding of flights between Britain and the other 27 EU nations for an indeterminate period from March 2019.

“In this scenario, the Westminster government would envisage granting permission to EU airlines to continue to operate. We would expect EU countries to reciprocate in turn. It would not be in the interest of any EU country or CAA to restrict the choice of destinations that could be served, though, if such permissions are not granted, there could be disruption to some flights. In order to ensure permissions were granted and flights continued, CAA’s preference would be to agree a basic arrangement or understanding on a multilateral basis between England and the EU. Alternatively, bilateral arrangements between England and an individual EU country could be put in place, specifying the conditions under which air services would be permitted. By definition any such agreement would be reciprocal in nature. The European Commission has previously acknowledged that a ‘bare bones’ agreement on air services would be desirable in the event of Britain leaving with ‘no deal.’”

Airports Council International Europewelcomed the Westminster government’s promise that it would take actions aimed at minimising disruptions to air connectivity as much as possible.  “However, noting the continued uncertainty and risks that such a scenario would still entail, ACI Europe considers that it is essential that Britain and the EU27 reach an agreement on Britain’s exit terms and a suitable transition—this would give the two parties time to negotiate and agree their future trading relationship. Crucially, this would also ensure continuity of the status quo after March 2019 and thus avoid any risk of disruption to air connectivity and the wider economy in the medium term.”

The CAAsaid “Our long-standing preference, and the government’s, is that CAA remains part of the EASA aviation safety system following EU exit. If this does not happen, “The Westminster government would incorporate all current EU air transport safety regulations into English law on March 29 [2019], allowing England to continue to recognise safety licenses and approvals issued through EASA for up to two years after this date. We call upon the European Commission to allow EASA to hold discussions with us about the detailed technical arrangements that would apply in a no-deal scenario. We are ready to start these talks immediately.”