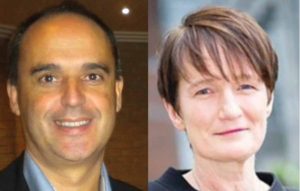 The Commission of Aviation Regulation says 3,040 customers have submitted claims against Low-cost, the group which went into administration in July.

Customers have four more weeks to submit claims. Low-cost’s administrators shut down  the company’s ‘manage my booking’ facility on Friday.

The claims relate to the group’s consumer facing Low-cost holidays operation. Travel agents have already paid out an estimated €400,000 to customers which were not covered by the CAR bonding scheme.

A statement from CAR said: As of Monday 22nd August 2016, the Commission for Aviation Regulation has received 3,040 claims for refund from passengers on foot of bookings with Lowcostholidays Spain S.L. which collapsed on 15th July 2016.

Lowcostholidays Spain SL customers have until September 19th 2016 to submit their claim form to the Commission for Aviation Regulation. Claim forms for refunds can be found on the Commission’s website http://www.aviationreg.ie/ .

The Commission for Aviation Regulation is currently assessing the claims that have been received and in some instances additional information and documentation has been sought. Customers with other queries should email mailto:claims@aviationreg.ie.