Trending
You are at:Home»Aviation»City of Derry Airport announces new route to Majorca as fresh call for subvention is made

City of Derry Airport has launched a new service to Majorca for summer 2017 in conjunction with Thomson and First Choice.

The new weekly service will begin on June 26 next year to the largest of the Balearic Islands. 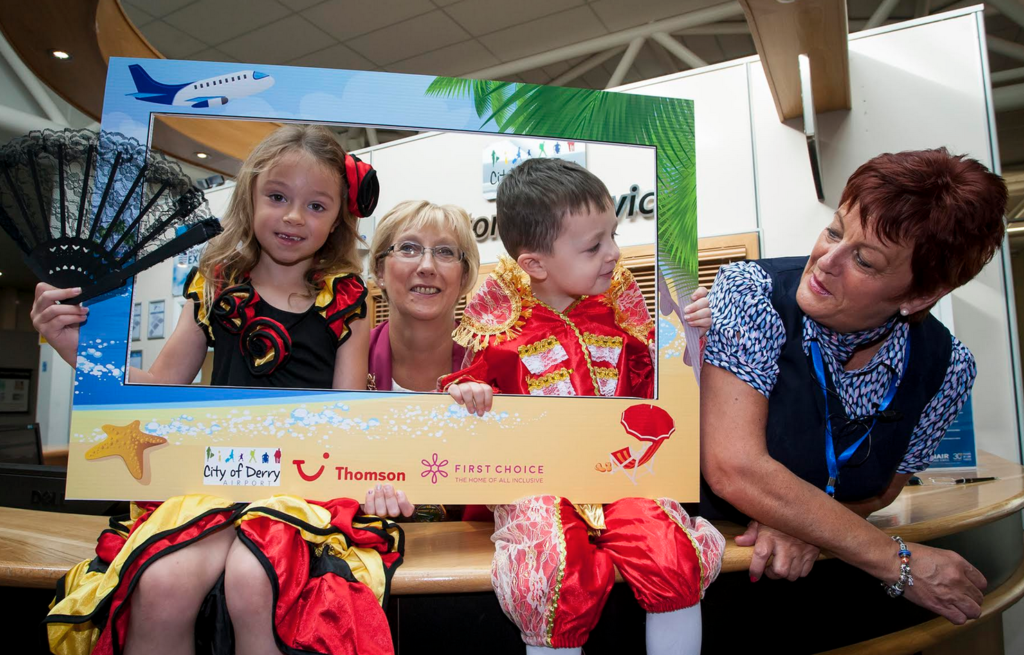 Charlotte Brenner, marketing manager for Thomson and First Choice, said: “At Thomson and First Choice we understand the convenience of travelling from your local airport and we’re delighted to be able to provide customers from the north-west the option to travel from the City of Derry Airport to the sunny Balearic Isle of Majorca – the number one holiday destination from Northern Ireland.

“We’re looking forward to working closely with the team at the City of Derry Airport and being able to offer customers a wide and varied range of holiday options which are on sale from today”.

Roy Devine, chairman of City of Derry Airport, said, “This is excellent news for the airport and holidaymakers in the north-west region. Majorca is a popular holiday destination and it is fantastic news that we can now offer a direct service from our local airport”.

“City of Derry Airport has become the airport of choice for the north-west of Ireland, offering both convenience and excellent customer service and we look forward to working with Thomson and First Choice to offer our customers direct air access to this popular summer sun destination.”

Devine also spoke to the Shaun Doherty Show on Highland Radio yesterday revealing that the airport is looking to start a new Dublin service as a well as attracting more carriers to the hub.

On a more negative note, Devine highlighted that the airport needs Derry City Council subvention over the next five years to continue growth and operations.

He highlighted the need for growth in passenger revenue to improve the bottom line, hence the need for additional subvention.

The planned Derry-Dublin route was scheduled to take place before Brexit occurred and caused the sudden devaluation in Sterling, which has delayed the crucial revenue influx that the new route would have brought.

Devine feels that a double-daily service to key Irish and British destinations is the way forward for the airport, allowing for departure and return on the same day, mentioning Manchester as a possible route.

There had been statements in the media that the airport was a vanity project for Derry, but Devine rejected this concept, instead saying that he feels it is an essential part of the infrastructure. A gross value of £15m generated by the airport would support those claims given the council currently contributes just £2.1m in operating costs and £1m in capital costs.