Trending
You are at:Home»Travelextras»Dalata to open first Maldron in Scotland and add new hotel in Birmingham

Dalata – Ireland’s largest hotel group – is to operate its first Maldron hotel in Scotland and a new hotel in Birmingham.

It is the latest part of the company’s expansion into the British market, where it already has nine hotels under the Maldron or Clayton brands. 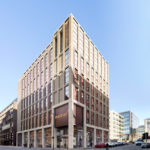 The new hotels are being developed by Northern contractor McAleer & Rushe, which has just secured planning permission to develop the hotels Birmingham and Glasgow City Centre, representing an investment of around £85m (€93m).

Combined, the two hotels will have a total of 630 bedrooms and will be operated Dalata’s four-star Maldron brand.  Construction is due to begin this summer, with doors opening within two years.

The 300-bed Glasgow hotel is on Renfrew St, close to Buchannan St and will employ around 100. The 330-bed hotel in Birmingham is five minutes’ walk from New Street Station and will employ up to 105 staff. 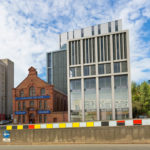 Dermot Crowley, Deputy CEO, Dalata Hotel Group, said: “This will be our first Maldron Hotel in Birmingham, where we currently operate a 174 bedroom Clayton hotel. In addition to the Maldron Glasgow, we will deliver a four-star 294-bedroom Clayton hotel in Glasgow in early 2021.”