AC Hotels by Marriott is to open its first hotel on the island of Ireland in April, it has confirmed.
The global lifestyle brand announced the appointment of Lisa Steele as General Manager of the new £25m property, which is situated in the heart of Belfast Harbour’s waterfrnt City Quays development.
The four-star AC Hotel Belfast will be the first Marriott in Northern Ireland, the first AC Hotels by Marriott on the island of Ireland, and the first purpose-built AC Hotel in Ireland or Britain. 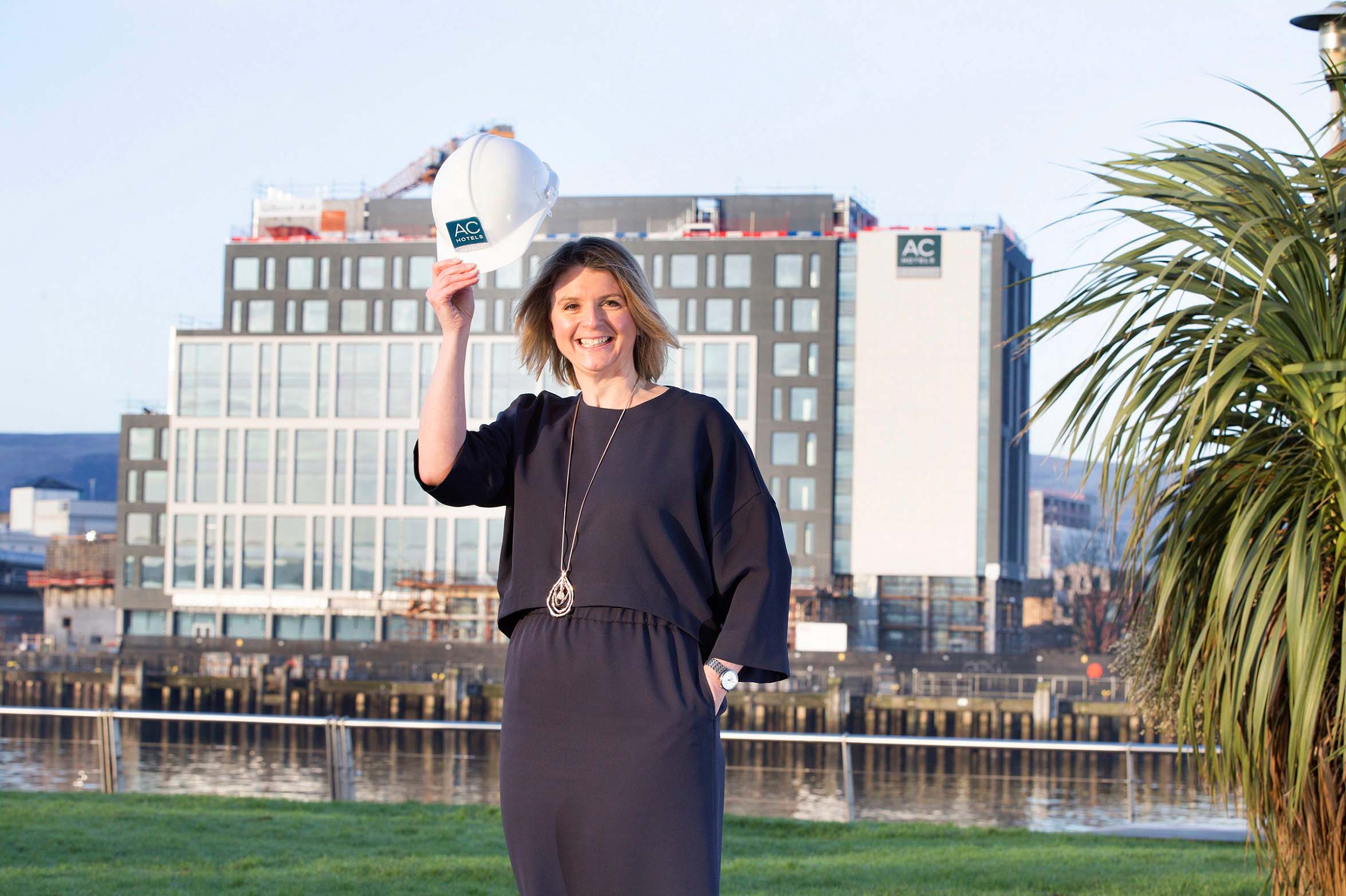 It will also be the first in the group’s portfolio of 100 design-led hotels across the world to feature a destination restaurant – Jean-Christophe Novelli will open a bespoke-for-Belfast brasserie in the hotel, the first restaurant the multi-Michelin-starred and five-out-of-five AA Rosette award-winning chef will open in Ireland.
Amid a building boom in the city, the 188-bedroom hotel will be among the city’s largest, and will offer a gym, library, meeting facilities and AC Lounge.
“AC Hotels by Marriott is a unique concept.  The design is thoughtful and purposeful, marrying European sophistication and contemporary elegance to provide a stylish, simplified and frictionless experience which perfectly reflects the needs of today’s busy hotel guest and user,” said Lisa Steele.
Steele previously worked as General Manager of the Hotel du Vin in Edinburgh, as well as the Malmaison, Merchant Hotel and Radisson Blu ni Belfast.
“I’m absolutely delighted to be part of the team bringing this compelling new offering to the local market.  Work is on schedule and we are on track to open in April, and the timing really couldn’t be better with Belfast and Northern Ireland as a region enjoying unprecedented and wholly-deserved global recognition as a must-visit destination,” she said. Full album from the announcement here.