Trending
You are at:Home»Afloat»DAILY to France: Irish Ferries to double sailings on Ireland-France routes with introduction of WB Yeats

Irish Ferries is to double the number of summer sailings between Ireland and France for 2018. The introduction of the new WB Yeats cruise ferry in the middle of the year will boost the fleet and see daily departures alternatively from both Dublin and Rosslare ports.

The company said there will also be an increase in autumn/winter sailings frequencies, and an expansion in passenger, car and freight-carrying capacities on its prime Ireland-Britain between Dublin and Holyhead. 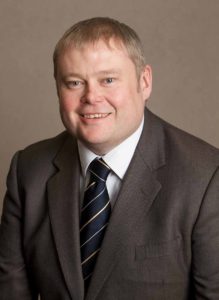 The 55-000 tonne WB Yeats, currently under construction in Flensburg, Germany, will have space for 1,885 passengers and crew, 1,200 cars in 4kms of vehicle deck space, and 441 cabins, with a variety of grades including suites. A waiter-service a la carte restaurant, choice of lounges, an outside promenade deck and a host of entertainment options are other features.

On the Dublin-Cherbourg route, the WB Yeats will operate up to four return sailings weekly. Meanwhile, the Oscar Wilde cruise ferry will have more  summertime departures between Rosslare and Roscoff. In the off-peak winter season, the vessel Epsilon will replace the WB Yeats, providing a year-round service from Dublin to the Continent for both freight and tourism customers.

Irish Ferries’ managing director, Andrew Sheen, said the plan “will give a significant boost to Irish tourism and trade”, with “more choice in terms of routes and departure dates, particularly on services to France”.
The following two tabs change content below.